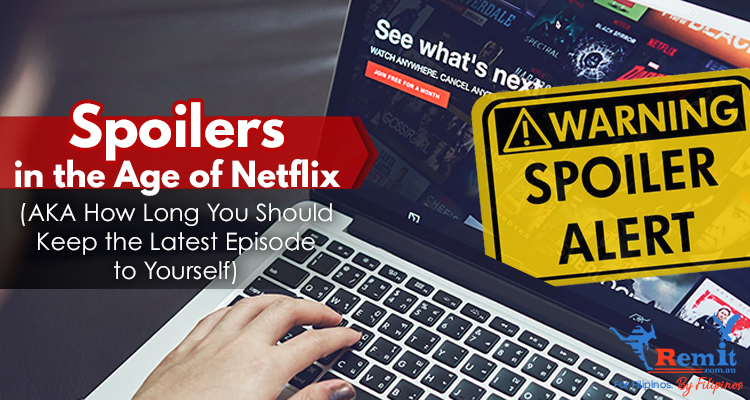 Being a millennial is a funny thing. And no, I’m not just talking about the increasingly desolate future ahead of us. There are plenty of articles online about climate change, economic uncertainty, and the real possibility that we will never own our homes. (Ugh.) Feel free to browse any of those.

Instead, we’re talking about spoilers today. But first, a bit of context.

As I was saying, we millennials are well-acquainted with what seems to be the golden age of entertainment. Platforms like Netflix give us access to some of the hottest movies and TV series out there, and on demand too. Yet, given our age, we haven’t forgotten what the world was like before then.

The Rise of Spoiler Culture 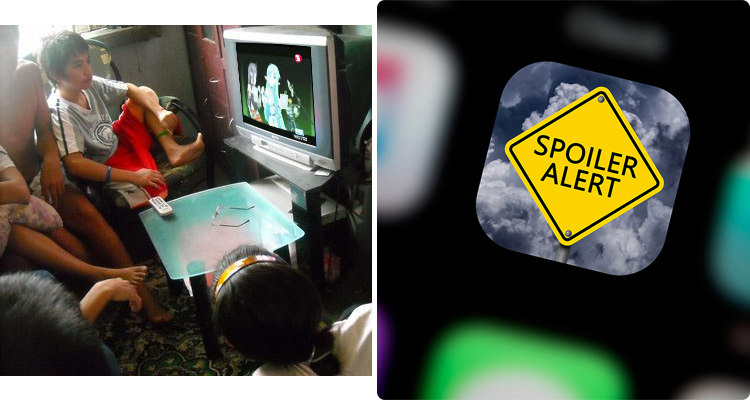 When I was a little girl, I had to wait for Saturday evening to watch the latest Sailor Moon episode. If I missed it, tough. I’d either have to hear about it from a classmate come Monday, or hope against hope that I’d catch the rerun. Gotta love being a 90’s kid, eh?

So, in those days, people didn’t really make a huge deal about spoilers. Everyone simply gathered in front of their televisions in the evenings and talked about the latest episode the following day. If you weren’t able to watch, you’d simply listen in or ask someone to tell you what happened. No harm done.

Currently, though, that’s no longer the case. Thanks to in-demand programming, YOU decide when to watch a certain episode or film. And if you’ve already seen it, you’re supposed to keep it to yourself until everyone else has seen it too.

This, of course, is complicated by the presence of social media. In the pre-Netflix age, you couldn’t easily blab about the Game of Thrones or Endgame ending to more than a few people at a time. Thanks to Facebook or Instagram, though, a single, ill-timed post could spoil the experience for lots of viewers.

And that’s probably why we’ve come to call these leaks “spoilers.”

Spoiler Etiquette: Is There Ever a Good Time to Spoil the Plot? 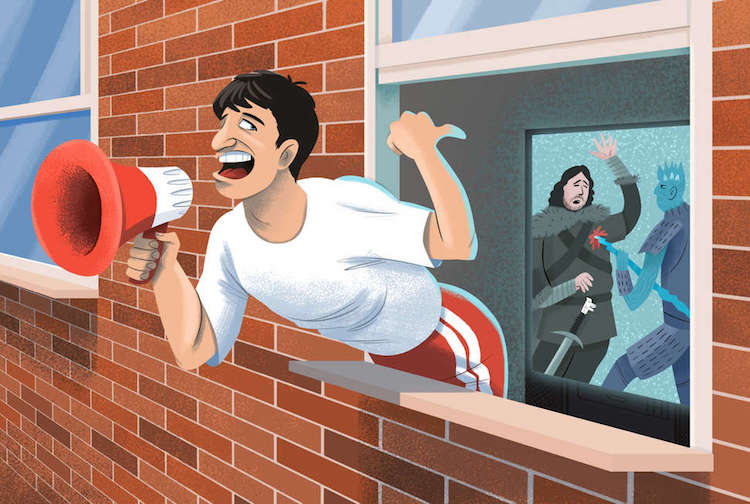 However, spoilers are tricky. On the one hand, some people are simply too busy to watch an episode or film the moment it comes out. Thus, it wouldn’t be fair to spoil things for them, should they decide to watch a day or two afterwards.

On the other hand, it’s perfectly natural to want to talk about the latest plot development of your favorite show. Heck, this is sometimes the basis for a lot of friendships. So, would it be fair to stop people from doing this if you haven’t seen, say, the latest Black Mirror episode?

The answer, it turns out, boils down to a very definite time frame.

Revealing the latest episode’s plot twist within a few hours of its release is inconsiderate. In contrast, there’s nothing wrong with discussing it a week after. For highly-anticipated movies, a two-week black-out period should suffice. It can be quite difficult to get tickets to a screening within the first week, after all.

Beyond that, all bets are off. If you didn’t see it within the allotted time, you probably aren’t as invested in the series or film as you think. In other words, learning that Ned Stark dies in the very first season of Game of Thrones only now doesn’t really count as a spoiler.

Lastly, if you’re absolutely bursting to talk about a show’s amazing finale on social media, do post a warning first. A huge *SPOILERS* sign and about a paragraph’s worth of space ought to serve as sufficient warning.

Now, if only the devastating news on climate change didn’t turn out to be a spoiler.