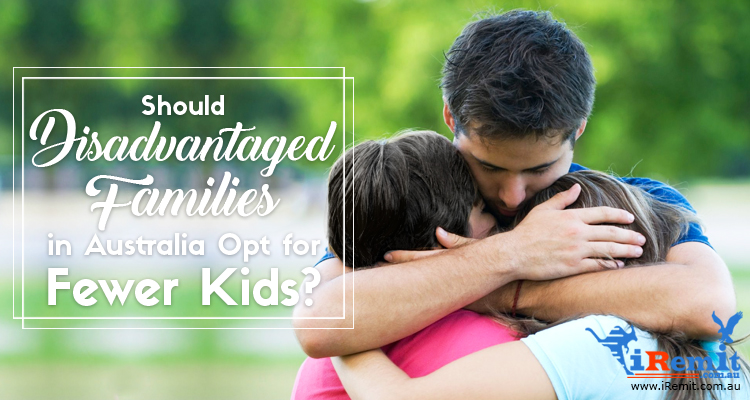 Should Disadvantaged Families in Australia Opt for Fewer Kids?

Population control is one issue that the Philippines has grappled with for decades (hello, RH bill), but now it seems that the debate over whether the government should intervene (and how) is gaining ground in Australia as well.

Just a few days ago, a Queensland academic stirred up a maelstrom of controversy when he suggested that disadvantaged (i.e., poorer) families should be encouraged to have fewer children. Dr. Peter Jones, a practicing pediatrician and Bond University’s dean of medicine, had written in the latest Medical Journal of Australia that far too many children were being placed in foster care to their detriment.

According to his article, the rates of indigenous children placed in care had tripled over the past 18 years, while the rates of non-indigenous children in the same situation had doubled. He also wrote that children in care tend to “experience significantly poorer health outcomes than children who have never been in care, with one study recording up to 60 percent having a current mental health diagnosis, including attention deficit hyperactivity disorders, depression, and attachment and conduct disorders…children in out-of-home care may experience an increased risk of harm.”

Professor Jones also challenged the concept of foster care as the default solution for cases of child abuse and neglect, claiming that it was expensive, hardly beneficial, and even potentially harmful to children who were already victimized. He then proposed a more preventive solution rather than a reactive one, and suggested that policy makers come up with ways to discourage parents who are unable to provide for or care for their children from having any more offspring.

Given how politically-charged and polarizing the said issue is, it didn’t take long for the other shareholders to voice either their reservations or their outright dissent.

Griffith University child protection expert Clare Tillbury agreed with the idea of increased support for disadvantaged families, but balked at the concept of deliberately discouraging them from having more children as she considered it a “misguided” policy that lacked any form of logical or academic evidence.

Jacqui Reed, CEO of CREATE Foundation, has even gone so far as to call the suggestion “offensive” because of its “victim-blaming” nature. Reed questioned how such a policy could even be crafted in the first place and stressed that what the country needed are better mental health services and family support so that foster care would no longer be necessary.

Population control is one issue that clearly doesn’t come with clear-cut, black and white solutions. It helps, however, to open up the dialogue and to consider both sides of the argument to come up with a more meaningful response.

What do you think?