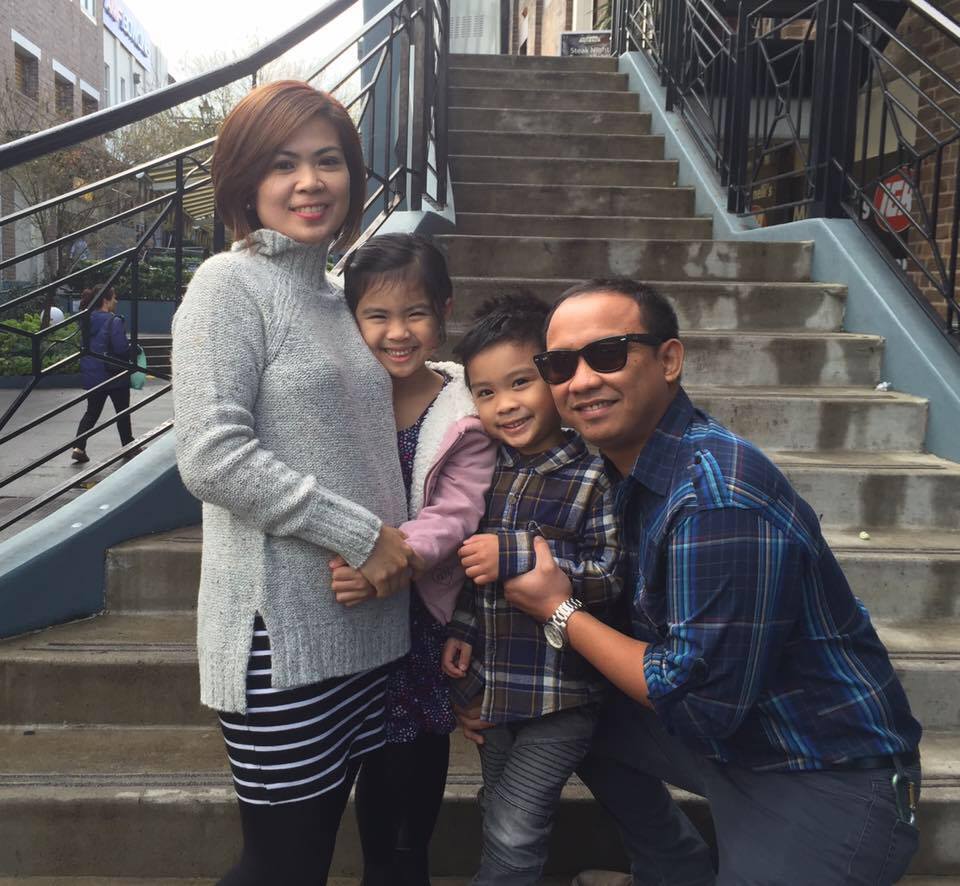 This post is an entry from Life in Australia Story Writing Contest by Sherrylene Regotia.

It All Started When…

Before moving to Sydney, my husband and I were working in Singapore. Even though we worked there for so long (me for seven years and my husband for three) and despite applying several times, we had no luck getting a permanent residency. At that time, our daughter was also living in Manila with her grandparents, and we often had to look out for promo fares from Cebu Pacific or Tiger Airways before we could see her. Either that, or her grandparents would accompany her to SG to see us for a month or two.

Because we didn’t want to be in this situation for the long haul, we decided to apply for permanent residency in Sydney instead. The year was 2012, and despite being five months pregnant with our son, I took the IELTS in June of that year. Fortunately, we were granted the visa in May of the following year, after my daughter finished her 6-month treatment plan for her primary complex and was granted medical clearance.

My husband and I came to Sydney in September 2014 to get everything settled before we brought our 2 kids over. As for our employment arrangements, the company I was working for (Vodafone Singapore) arranged for my internal transfer. So, despite being in the Sydney office, I was still working remotely with the same team back in SG.

My husband, on the other hand, initially did a contract job as a picker while waiting for a job opening in the Sydney branch of the company he was working for in Singapore. He finally got a job offer from them in December that same year and started working there the following month, thank God.

We went back to Manila in December 2014 to fetch our kids. Our first three months as a family in Sydney were really, really tough. There were no lolos, lolas, or yayas to help us, so we had to be hands-on parents in every sense! And since the kids were sick almost every week from getting “immunized” in the daycare center, I had to work from home for two months just to help them get settled.

I probably couldn’t have done it if my job didn’t offer such flexible working arrangements!

We are just so happy and satisfied with what we have and where we are as a family right now. Our ultimate dream when my husband and I were still living and working in Singapore was to have a simple yet meaningful life with our kids: to hold them in our arms, to play with them in the park on weekends, and to begin and end each day watching them smile.

And now, we have all that. As parents, our children are the center of our lives and we want to give them the best we can. Ours are why we worked so hard to get to Sydney in the first place, and we continue to work hard each day to provide them with even better lives. We’ve been taking baby steps towards this goal, but we know that with the guidance of the Lord, we will get there.