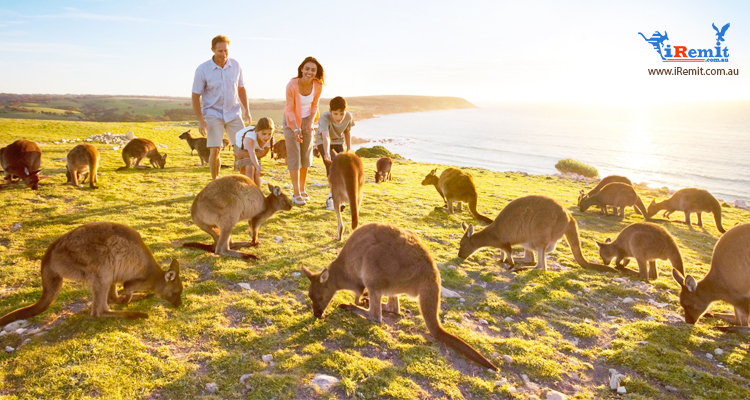 By Serena Estrella in Life in Australia
August 25, 2016

Seven Reasons Why You Should Take Your Kids to Kangaroo Island

If you’ve ever wanted to raise your kids to become naturally open-minded travelers, Australia is certainly a great place for their first trip outside the country. Plane rides to this place aren’t as long as a trip to the US would be (8 hours vs. 15 hours, no contest there), yet it’s so big and diverse that any child would see that s/he is in a completely different place.

Once you’ve brought your kid Down Under, where should you take them first? Sydney and Melbourne might be your automatic answer, especially since the Filipino population in those areas is quite sizeable (though the point of traveling is to expose one’s self to different cultures, is it not?). However, don’t write off Adelaide, specifically Kangaroo Island, as one of the premier spots on your family’s itinerary either.

So, what’s so special about Kangaroo Island, and why would your kids find it absolutely magical?

Seriously, the name alone sounds like something out of “Peter Pan.” What kid wouldn’t be curious about a place that has loads of these majestic creatures hopping around?

2. Kangaroos aren’t the only wildlife to be seen.

Sure, there’s an abundance of these iconic marsupials hanging around, but kids will be delighted to see other Australian animals like wallabies and koalas in their natural habitats. If you go to a place like the Kangaroo Island Wildlife Park, you can experience feeding these same creatures with your own hands!

Go on a guided nocturnal tour, and you can even feast your eyes on some little penguin colonies in Penneshaw and Kingscote!

Or perhaps your children prefer something that has feathers and can fly? The Raptor Domain ought to be just up their alley, with its collection of rare birds and interactive bird shows that go on every day.

3. Kids can indulge their inner Steve Irwin on the island.

One of the best things about Australia is that you don’t just see a copious variety of wildlife, but you can actually reach out and touch them. Kangaroo Island is no exception.

Along with the bird shows and displays, the aforementioned Raptor Domain also has a “Fang-tastic” reptile display that ought to thrill any youngster who wants to be a Crocodile Hunter someday. And for the truly brave little ones, Paul’s Place has some very friendly snakes that wouldn’t mind being held for a minute or two.

4. The best of sand and sea can be found here.

If you and the kids wanted to go for a swim, you can do so safely at Snellings Beach, Emu Bay, or Stokes Bay.  If you’re in the mood for something a little more sedate, Kangaroo Island is also great for stargazing. The conspicuous lack of pollution here means that you can see all of the constellations in the heavens once the skies go dark.

West of Seal Bay is great for surfing, as are the Little Sahara Desert’s sand dunes.

5. Relatively untouched by urban development, a visit to Kangaroo Island is like going back in time.

Unlike the many CBD’s (central business districts) the world over where generic skyscrapers and condominiums stand in place of traditional dwellings, much of the structures and relics from the island’s early settlers are still very much around.

One of the first three cottages ever built in Kingscote now serves as the Hope Cottage Folk Museum, and it’s got car memorabilia and old farm machinery on view alongside photographs of what the old settlement looked like. The original whaling equipment used by the first settlers on Kangaroo Island are also exhibited in another museum, as are the dried-up seal skins from the same time period.

The locals are also known to treat visitors in a very old-fashioned way, that is, with good old warmth and unfailing cheer. If you’re lucky, they might even invite you to try your hand at farm activities like sheep-shearing.

There is one other creature that rules the island apart from the kangaroo: the Ligurian honey bee. Kangaroo Island’s is the only Ligurian honey bee population in the world that is pure-bred and disease-free, so they make the best sort of honey for miles around.

This, in turn, gets converted into the best honey-flavored ice cream for kids of all ages to get hooked on.

When you’ve got a sea with dolphins and penguins nearby, wildlife parks with scaly, feathery, and furry creatures of all shapes and sizes that you can pet and feed with your bare hands, and the odd lighthouse that’s been standing for more than a hundred years and is open to the general public for exploration, the words “I’m bored” aren’t likely to come tumbling out of your kid’s mouth.

To wrap things up, Kangaroo Island is great for children because not only will they have tons of fun frolicking around, but they will also learn a great deal about history and biodiversity. Can you just imagine the kind of “What I Did On My Summer Vacation” essays they’ll come up with after a trip here?