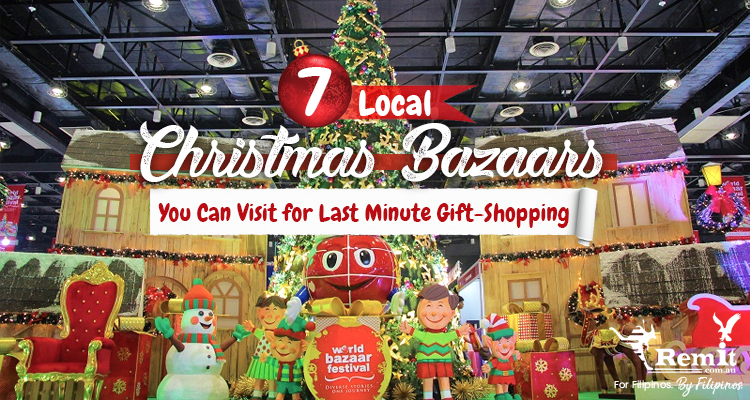 Yes, I realize that for most of the world, the first week of December hardly qualifies as last-minute, but I live in the Philippines. Here, some of us start shopping for Christmas presents before Halloween. (And with the traffic situation being what it is, that’s actually quite smart.)

Then again, not all of us have either the time or the money (gotta wait for that 13th month bonus) to shop early. And well, sometimes, we just forget.

Fortunately, Manila (and a couple of cities beyond it) have an abundance of trade fairs and bazaars in the run-up to the holidays. Given the wide variety of goods that are bound to be on offer, you should be able to get something for everyone on your list at any of the following upcoming Christmas bazaars: Do you live in the South? Intimidated by city traffic? Don’t worry, the Zonta Alabang Christmas Carnivale Bazaar’s got your back. With over 250 booths, why would you need to venture out into other malls?

Also, all proceeds go to Alabang’s Zonta Club for their charity work, so your holiday shopping would be for a good cause. Total win-win.

Don’t be fooled by their name. The American Women’s Club actually includes men and women of different nationalities who simply enjoy living in the Philippines. They’ve been around for over four decades and are dedicated to giving back to their local communities.

They’re also famous for their near-monthly bazaars, the last of which this year is happening on Tuesday.

The Trendsetter’s Bazaar isn’t a Christmas bazaar, per se, especially since it takes place frequently throughout the year. However, if you’re looking for tasteful new outfits for Christmas and New Year’s Eve, this should be right up your alley. 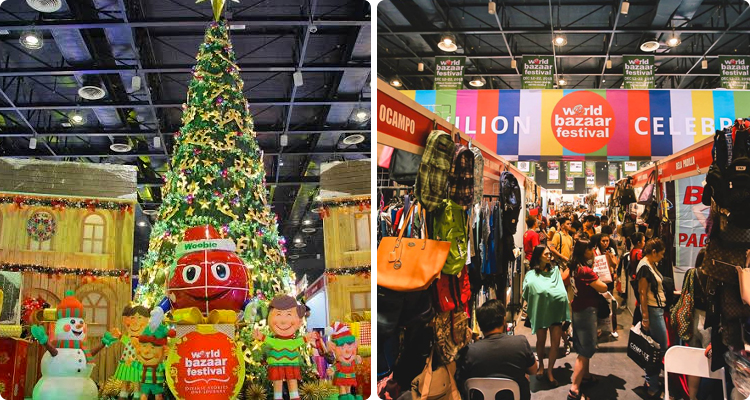 My absolute favorite of all the holiday bazaars, the World Bazaar Festival has over 500 (!) participants and purveyors. It also often includes some of the most popular online stores such as Perfect White Shirt. Thus, the goods on sale are so varied that if you can only go to one bazaar this month, pick this one. You’re likely to finish off your list pretty easily and get a little something for yourself along the way.

And like the first item on this list, part of the proceeds will go towards ABS-CBN’s charitable foundation: Lingkod Kapamilya. 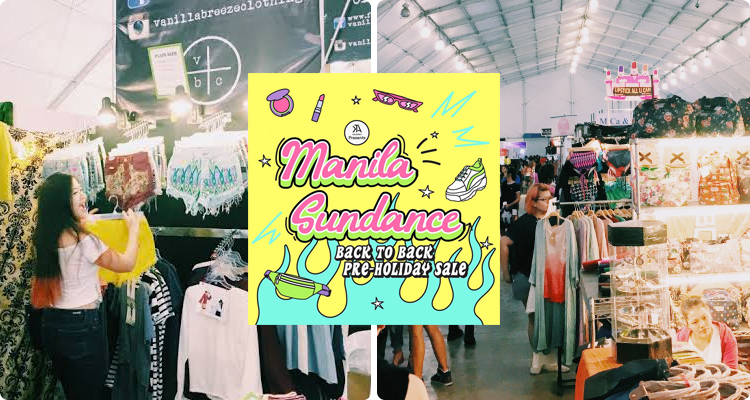 Now, Manila Sundance has long had a reputation for putting together huge bazaars with local brands and unique finds. Furthermore, most of their goods are wallet-friendly. The Noel Bazaar is GMA-7’s answer to their rival studio’s World Bazaar Festival. Hence, you can expect similar items on display, along with booths selling off your favorite GMA-7 celebrity’s closet cast-offs.

As per, proceeds go to several charity groups such as the GMA Kapuso Foundation and the Bantayog ng mga Bayani Foundation. 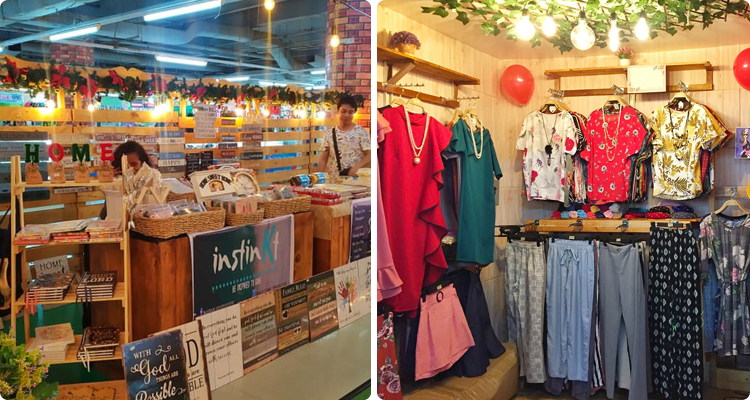 Attendees can expect to peruse a delightful assortment of trendy clothes, fashion accessories, gift items, and holiday delicacies. Thanks to its lengthy duration, you can still come by even after Christmas.