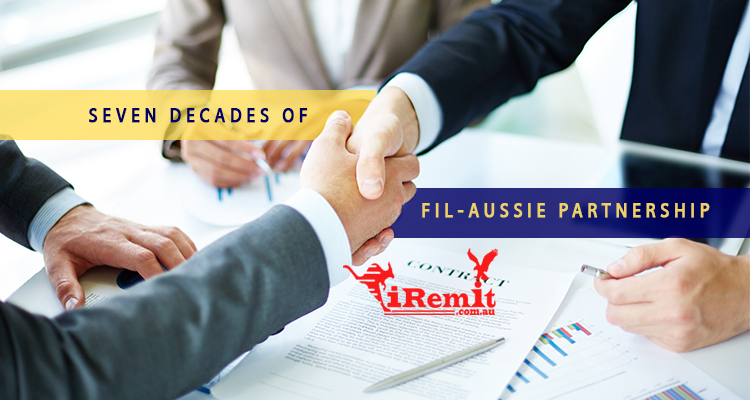 Australia and the Philippines celebrated seventy years of formal diplomatic relations which started May 22, 1946.   Using #first70years, Filipinos and Australians used the social media to post their own positive experiences forged by this partnership between the two countries.

Let us find out how it all began:

Records will show that Filipinos were already present in Australia for longer than what other people may think. Back in the 1800s, Filipinos then were Pearl divers in the waters of Broome and Thursday Island.   Come World War 2, Australian soldiers marched side by side with the Filipinos towards liberty.   However, formal diplomatic relations only started after the world war in 1946.

After the Second World War, countries all over the world tried to help each other with reconstruction efforts. Australia was there for the Philippines, sharing the country’s “determination to promote peace and security” and finally find its place in the world.   The night before Former President Manuel Roxas’ inauguration, he was quoted saying over radio broadcast “our interest in the land down under is not confined to sentiment. Australia is a sister democracy of the western pattern. We are in the same ideological camp. Australia is a natural ally of the Philippines.”   The former president considered “Australia was one of the Philippines’ most important neighbours” he expressed that it is “one which the people of the Philippines especially wished to cultivate.”

Australia’s development assistance to the country is focused on the “economic growth, education, social protection and humanitarian assistance not to mention trade and investments and cooperation of our defence forces and law enforcement agencies.   Some of Australia’s help for the Philippines in the past involved aid after the war and also the Colombo plan. The Colombo plan allowed Filipinos to study in Australian universities through scholarships.   Now, scholarships are still available through the Australian Endeavor Scholarships. The Australian government’s aid is also felt in different disasters experienced by the country such as in the aftermath of Typhoon Yolanda or Haiyan.   In addition, Australia is one of the countries who is committed to help the Philippines with its West Philippine Sea problem.

Aside from these, more people from the land down under has also invested in different trades and business in the Philippines.   Australia’s ambassador to the Philippines, Amanda Gorely, said that the government’s development program for the Philippines is to “support inclusive economic growth and political stability.”   Both country’s good relations is evident in the fact that there are several Aussie nationals who considers the Philippines as their second home. Inversely, since 2011, 225,000 Australians said they have Filipino ancestry.   Seventy years on, “a friendship forged in the heat of battle continues in times of peace.” Encompassing development assistance, life-saving work, trade and investments, regional cooperation, and “people-to-people links.