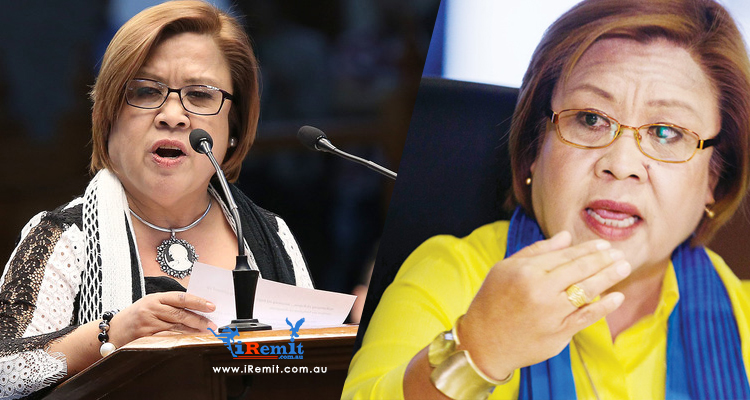 The recent events took a dramatic turn as Sen. Leila de Lima was ousted as the Senate Committee on Justice and Human Rights. She was quickly replaced by Sen. Richard Gordon and was later demoted to a member.

For your understanding, let us wind back where it all started. The motion filed against Sen. de Lima was pursued by Sen. Manny Pacquiao. It caught everyone by surprise as there was no prior consultation that occurred. However, Sen. Alan Peter Cayetano has spoken on how Sen. de Lima is using her prowess to pin down President Duterte even before the motion was put to place.

During the display of speech toward her, she was seen walking out of the Senate hall. She admitted that she left because she could “no longer stand it.”  This took a toll on her as she firmly believed in doing what her job entails. This is because she used her short stint as the Justice and Human Rights committee chair to investigate the summary killings as the President pursued his war on drugs.

De Lima has always been a devoted critic of “Digong” and her inquiry upon the series of deaths is merely a cherry on top of the cake. All her moves lined up as she presented a witness who claimed that he followed strict orders from the President while he was still Davao City’s Mayor.

Fast forward to the present, the motion moved by Sen. Pacquiao allowed the Senate to vote on the vacancy of the committee position. The majority of 16 votes were affirmative, 4 were negative, and 2 abstained. Sen. de Lima exited as the potent majority votes were not in her favor.

The four senators who stood by de Lima’s side were Sen. Aquino, Sen. Drilon, Sen. Pangilinan, and Sen. Hontiveros. In a joint statement, it read: “We are deeply saddened by the events that transpired yesterday. Elementary courtesy dictates that we as members of the majority bloc of the Senate should have been consulted.”

“Our alliance with the majority has always been based on the reforms that we believe will propel our nation to greater economic, political and social heights…”

“As long as we believe that these reforms can be achieved, we will remain with the majority.”

On that note, the four Liberal Party senators are remaining in the majority bloc.