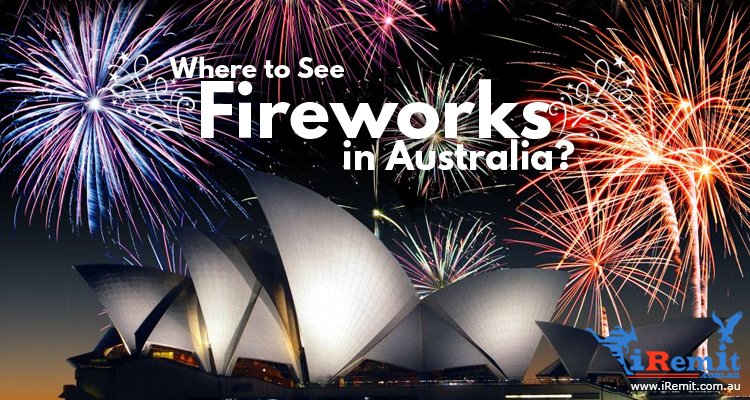 By Leandro Eclipse in Life in Australia
December 29, 2017

The end of the year is coming. 2017 brought us a flurry of both wins and losses. It may (or may not) be the best year of your life. But then, regardless of its outcome, there is no excuse to celebrate the coming 2018 with a bang (literally)!

But where to view such spectacular fireworks in Australia, you ask?

Regardless of what state you are in Australia, we got you! Here are the best places to have a “blast” in the Land Down Under.

In Sydney, the Sydney Harbor Bridge boasts amazing fireworks displays during New Year’s Eve. For this year’s schedule, there will be two displays for 9 PM and 12 MN AEDT.

Multiple areas are designated for public viewing. Most areas are free. Some particular areas are ticketed. If you want some beer with the festivities, a few areas also allow alcohol.

It is best to come early as people flock the areas quite fast. For your convenience, the different vantage points are available here.

Likewise, you can welcome the New Year in the comforts of your home. At 8:35 PM, there is live streaming of the fireworks in this link.

Two fireworks displays are scheduled at 9 PM and 12MN for both locations. As always, be early!

The city of Canberra will not be left out this coming New Year. Expect a 30-minute long fireworks display in Civic scheduled both at 9 PM and 12 MN.

Alongside the spectacle of lights, be enthralled with music by performers such as Art vs. Science, the Brass Knuckle Brass Band, and Harry Carman.

And did I mention that this is all for free? Yes! The concert starts at 7 PM.

For this year’s celebration in Melbourne, various pyrotechnic exhibitions are scattered throughout the city. Early schedules are in Yarra Park and Footscray Park at around 9:30 PM.

While midnight rooftop fireworks can be watched across the Melbourne skyline. If you want the best vantage points, go to the live sites at Treasury Gardens, Flagstaff Gardens, Docklands, and Kings Domain.

In Adelaide, Elder Park will be the place to go. At 7 PM, musical performances will kick off the night while two fireworks displays will set the sky ablaze at 9 PM and 12 MN.

You can also celebrate the New Year in Glenelg Beach with an equally rowdy crowd. Music, DJs, and fireworks at 930 PM and 12 MN! What more can you ask for?

In Hobart, go to the waterfront of River Derwent to catch the enchanting fireworks display at 12 MN. Go ahead of time to secure prime spots for your family!

Brisbane would not hold back with seven tons of fireworks. It’s gonna be lit! The South Banks Parklands, Eagle Street Pier and Portside Wharf are your places for this night scheduled at 830 PM and 12 MN!

If you are in Darwin, the Darwin Waterfront will be the best place. Station yourselves in two fireworks schedules at 9 PM and 12 MN!

There will be Music bands and performers also while you relish the coming year.

Whether you celebrate in the Philippines or Australia, it is best to be with your family as you celebrate the coming year. Enjoy the dazzling display of lights this 2018.