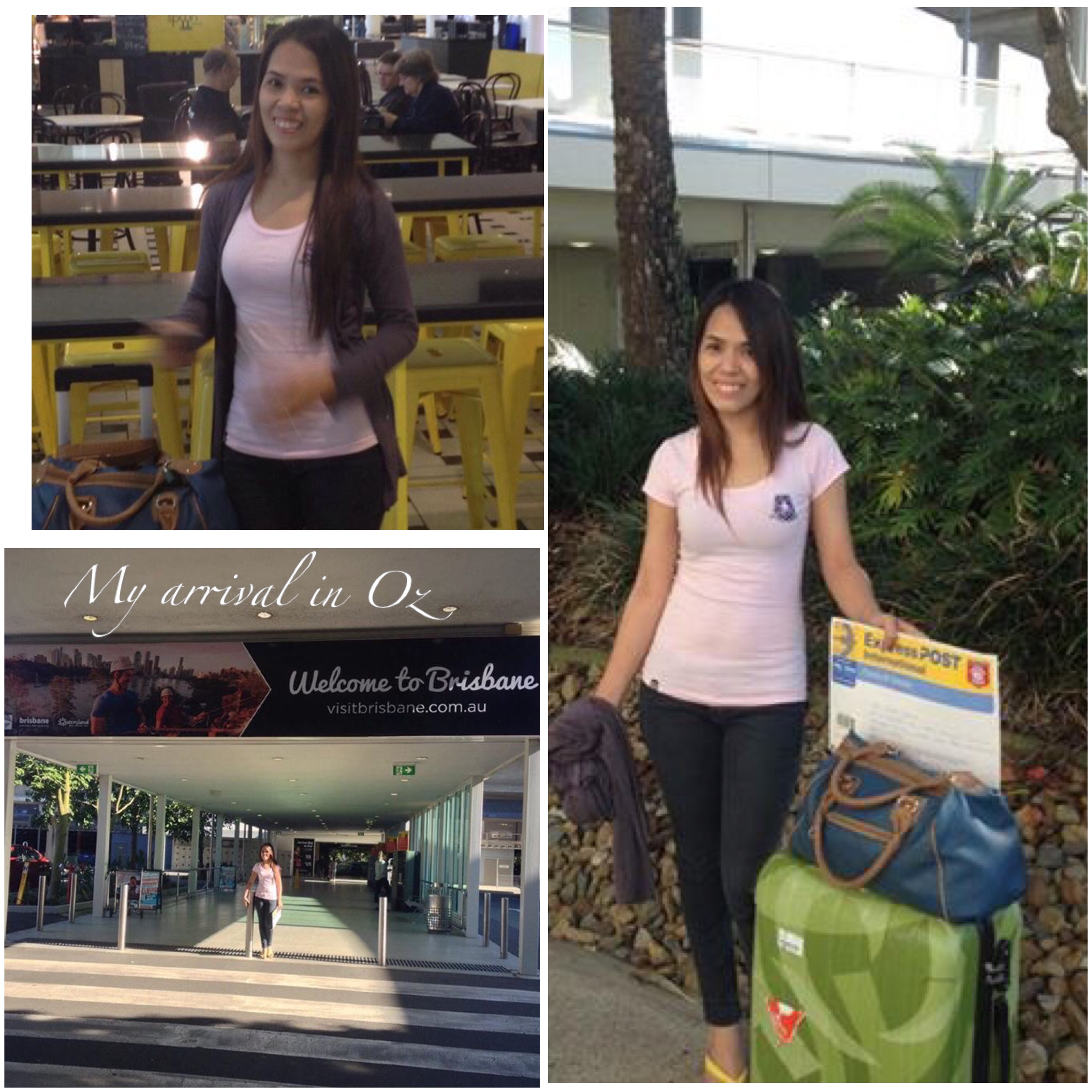 This post is an entry from Life in Australia Story Writing Contest by Sarra Orais.

Sometimes, the love that we wish for comes when we least expect it to.

My hubby and I met on the “Filipino Cupid” dating site. I was on the site for quite some time, since 2009 if I’m not mistaken, but I wasn’t always online because we had a limited Internet connection. I almost gave up on online dating since the men I met on them weren’t serious, but one day, my future hubby sent me a message.

From then on, we were exchanging messages since we weren’t always online at the same time. I once told him that he should meet up with me soon if he was really interested, but he said we shouldn’t rush things.

I got a bit upset since I was no longer young (I was 32 at the time), but one day, he messaged me, saying that he was coming to Manila to visit only me. (Most foreign guys meet up with girls in the Philippines only when they have business matters to attend to here, and even then, they pick out the one they like best from a whole line-up of girls when they arrive. You shouldn’t trust those kinds of guys as they aren’t sincere at all.)

My future husband came to Manila on December 13, 2013. We met in late September 2013, so we went from chatting to meeting in person pretty quickly. From there, you could see how sincere he was.

He stayed in Manila for about 2.5 weeks, and we would see each other after I finished work at SM MoA every day.

In March 2014, he invited me to visit Brisbane for a short while. Our plan was that I would visit for only one month since I was still working and I wasn’t ready to leave my job, so I was granted a leave from work for a month. Later on, though, my co-workers kept telling me to let go off my job and to just grab the 3-month opportunity granted by immigration. After thinking it over, I decided to do just that because I didn’t want to go AWOL if things went well for me in Oz.

So, I talked to my superiors again, this time about resigning, and they were very supportive about my decision. I then booked my flight to Oz.

My 3-month tourist visa had a “no further stay” condition. I arrived in Australia on June 5, 2014, and my hubby fetched me at Brisbane airport. It was winter and quite cold, but I eventually learned to adjust to the weather.

I got pregnant not long after, and unexpectedly too, so I applied for a visa extension for up to 12 months after more than a month had passed since I arrived and it was immediately granted. At that time, my hubby and his ex-wife had problems getting divorced since she kept making intentional errors on the form, delaying the processing of their divorce papers. They had been separated for two years and my hubby submitted the papers at the beginning of the year.

If the divorce wasn’t granted before my due date, my plan was to return to Manila as it would be very costly to give birth here without Medicare. Luckily, it got finalized in September 2014, so we got married two months after and were able to apply for a spouse visa as well as Medicare. I gave birth to a pretty boy in March the following year.

My experience here in Oz has been good. I love the environment as it’s clean and quite peaceful. There are lots of flowery parks, trees, and my favorite park is Roma Street Parkland, which is near where we live. Newfarm Park is also beautiful during the Jacaranda trees season.

My only problem is I could only venture far from home during the weekends as I don’t know how to drive yet. But I am used to staying at home most of the time. I got my L’s back in February 2015, but I’m still a bit scared to practice driving. I’m planning to practice driving next year, maybe after going on a vacation to the Philippines next year.

Plus, I still need to adjust to the Oz accent. Because I am mostly at home, I am not yet  exposed to Aussie-speaking people. Some Aussies speak too fast and I couldn’t grasp what they’re saying.

I also met my cousins here, though I only found out about them when another cousin in the Philippines told me of their existence. We usually spend time with them on special occasions.