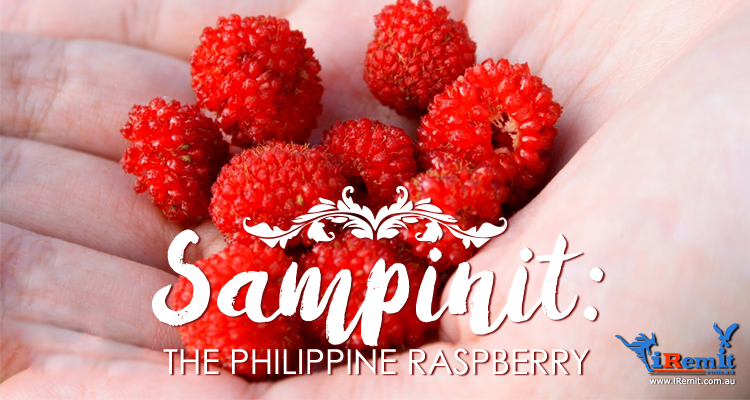 By Serena Estrella in Food and Drink
September 20, 2017

It’s been around for decades, but it only burst onto the scene this summer when Ian Carandang of Sebastian’s Ice Cream came out with a popsicle flavored with our country’s answer to the raspberry. I’m talking about the one they call “sampinit.”

Up until recently, you could type the word “sampinit” into a search engine, and very few articles would come out. This elusive, exotic fruit doesn’t even have its own Wikipedia entry, which is saying something in the 21st century. (When I tried to type “sampinit” into the online encyclopedia’s search bar, all I got was an article on Sam Pinto. Go figure.)

So, what is sampinit exactly? And why are foodies and hipsters everywhere going crazy over it?

For starters, it’s a local alternative to raspberries. If you’ve ever tried these, you’ll know that they’ve got a tart-sweet juiciness and a slightly floral fragrance. Those thimble-shaped, blush-colored berries aren’t known to grow locally, and anyone who wanted to sample them would typically have to fork out a three-figure sum for the imported ones at the grocery.

At about Php10 for a shot glass’ worth of sampinit, it’s not the cheapest fruit out there, but it still beats paying upwards of Php400 for a small basketful.  The wild sampinit berries weren’t genetically modified like their Western cousins either, so they are a bit smaller in size. They also possess a more delicate flavor, with some comparing it to that of a ripe tamarind’s, especially when sprinkled with a bit of salt.

Interestingly, it was a balikbayan from Australia who thought of cultivating this wild crop in the Quezon Province Mountains. Dion Pullan, an environmentalist who was previously based Down Under, saw the potential in sampinit and wanted to come up with an iconic sort of produce for Dolores, Quezon. Despite drawing flak from the community for his idea, Pullan was able to successfully propagate the wild berry by planting its cuttings in prepared soil pots.

Thus was the beginning of the local sampinit industry.

These days, sampinit is a high-value crop in Quezon Province. Products like sampinit jam, sampinit jelly, and sampinit salad dressing abound in souvenir shops, and are popular among visitors to Mt. Cristobal, where bushes of the fresh fruit abound. Local chefs and bakers have also taken to using the fruit in both sweet and savory recipes. Hiraya Bakery’s Colette de Guzman and Likha Babay, for instance, are known for infusing their tres leches cake and brownies with the wild berry.

Sampinit season is from January to April, and its bushes grow like grass on higher elevations. For those who want to taste it, the berries are available at Teraoka Family Farm outlets in The Butchery along Scout Tobias in QC and in Upmarket in Makati City’s Alphaland every summer.