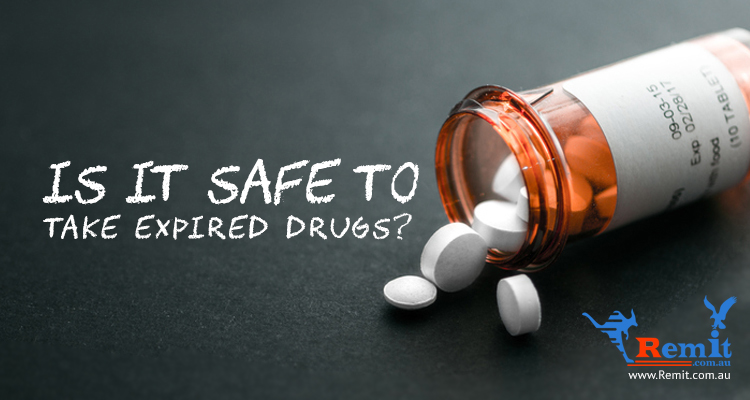 By Serena Estrella in Health and Fitness
April 30, 2018

Is It Safe to Take Expired Drugs?

A few days ago, I was making some scrambled eggs using Gordon Ramsay’s method (go try it, it’ll change your life, I promise). His recipe calls for a little sour cream, so I checked the fridge and found a tub of the stuff…only to find that its expiry date passed a couple days prior.

Now, I was really hungry and the cream still looked and smelled okay, so I used it anyway. The eggs turned out just fine, and so did my stomach.

I’m sure we’ve all sampled food products past their sell-by date and lived to tell the tale, but have you ever wondered if you can do the same for expired drugs? (As in medication, okay? Nothing of the sort that made Pablo Escobar rich, just so we’re clear).

If you have, you’re in good company. The US military also had the same question, especially since they have a large and expensive stockpile of drugs that they have to throw out and replace every few years. Naturally, the Food and Drug Administration (FDA) obliged, and here’s what they found:

Generally, we consider something “expired” when it’s no longer fit for consumption. However, expiration dates on drugs don’t necessarily mean the same thing, it turns out.

Drug manufacturers have been stamping their products with expiration dates ever since a 1979 law required them to, but this same legislation defines such as the date at which the manufacturer can still guarantee the full potency and safety of the drug. It should be noted that manufacturers don’t typically test for the latter past the indicated date too.

Thus, it doesn’t always follow that a drug won’t work anymore and/or will be harmful when ingested or applied once its expiry date is up.

Drug Safety and Effectiveness After Their Expiry Dates

Here’s a fun fact: drug manufacturers don’t prioritize expiration date-testing for longer periods. It simply isn’t cost-effective when they could be directing the time and resources for such an endeavor towards developing better medications.

Want another fun fact? The FDA’s study revealed that 90% of more than 100 prescription and OTC (over-the-counter) drugs were still perfectly suitable for consumption a decade and a half after their expiration dates. Apparently, while a drug’s effectiveness may decrease over time, much of its original potency still remains (very) long after, provided that they have been stored properly.

There are, of course, a few exceptions. The following medications, for instance, should be disposed of once their expiration dates are up:

Other drugs like aspirin and similar painkillers, on the other hand, are generally still safe for use past their best-before dates.

So, Should You Still Take Those Expired Meds?

Despite the previously-mentioned findings, there are four things you need to look out for before you knock back those drugs:

1. Formulation – Tablets, powders, capsules, and other solid forms are usually more stable than liquid medications like solutions and suspensions. Liquid eye drops are also not ideal for use past their expiry dates because they’re prone to harboring bacteria after their preservatives are no longer in effect.

2. Storage conditions – Direct sunlight, oxygen, moisture, and extreme temperatures can all cause medicines to break down over time.

3. Packaging conditions – Unopened medications are your best bet. If the bottle or packet looks like it’s been tampered with or previously used, toss it into the waste bin instead.

4. Appearance – As with rotten food, medication that’s gone bad will look and smell different, so steer clear of brittle pills, softened capsules, suspensions that refuse to mix together even after shaking, discolored injectables, or any other medication giving off a peculiarly strong odor.

Lastly, if your life depends on a certain drug or if you absolutely need it to work at 100% potency, then go and purchase a fresh batch. Better to be safe than sorry.

If it’s just a headache, a cold, or constipation, then you may still take the expired drug (provided it passed the four-point test above) and see what happens. You’ll probably end up just fine.