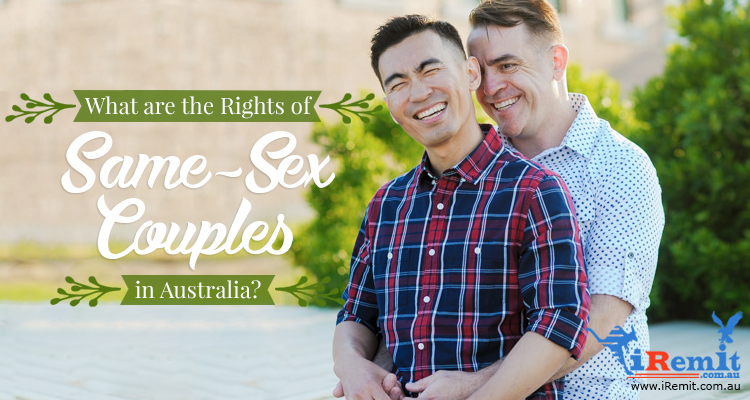 By Leandro Eclipse in Life in Australia
August 16, 2017

What Are the Rights of Same-Sex Couples in Australia?

Romantic relationships with the same-sex are surely a delicate issue. Either with religious groups or just the social stigma, the LGBT community has struggled for equal rights in comparison with their heterosexual counterparts.

This clamor of rights pushed the Australian Government for elections via postal plebiscite to legalize Same-Sex Marriage after numerous failed attempts by the LGBT community.

The citizens have until August 23 to either enroll to vote or update their information. The Australian Bureau of Statistics (ABS) will tabulate the ballots. Results are expected by November 25.

If the results are “yes”, if everything comes in order thereafter, same-sex marriage might be legal this Christmas.

But even without its legalization, what are the legal rights of LGBT couples in the present?

To Register as a “De Facto” Couple

A “De Facto” relationship is a couple, either of the same or opposite sex, living together in domestic basis provided that they are not legally married or are related by family.

Not all Australian Territories are keen towards accepting Same-Sex “De Facto” relationships. But these states have the acknowledgment of such.

The conditions might differ per state. These are the links to their specific requirements per allowing state:

Limitations in Comparison to Marriage

De Facto relationships can be “Marriage-Like” but still has limitations.

As to marriage, it is enough to be married to carry-on to property and spousal maintenance by the court.

Also, in cases of death, the de facto couple has the right to receive government bereavement and their partner’s superannuation.

But then, the surviving partner has to often prove the existence of the relationship to be next of kin in the death certificate.

Which again stems discrimination for same-sex couples because a heterosexual surviving partner just needs to be married to be considered next of kin.

Rights to a Partnership Visa

If you are currently with a Non-Australian Partner, applying for a Partnership Visa might be the answer to your prayers for forever.

What’s good is that same-sex couples may also apply for a Partnership Visa. Also, the difficulty to apply is almost the same as compared to heterosexual couples.

The couple needs to:

Some special cases might be considered to waive the 12-month rule. This can vary as mutual guardianship of a child or home country laws that prohibit same-sex de facto relationships. It is best to ask an Australian migration expert for such cases.

To complete the application, this is a link to the processes to obtain one.

In the past, the debate for same-sex couple parenting is widely rejected. It is on the premise that it led to more abuse or a significantly disadvantaged life for the child.

But then, a review of the evidence shows that, with just a “convenient” sample size, the study does not prove to be conclusive. No scientific data prove such claim.

In other words, there is no study that children raised by same-sex couples came to be maltreated, belligerent, or disadvantaged.

With the welfare of the child in consideration and with the previous connotations addressed, it was allowed for LGBT couples to adopt children.

As of February 2017, same-sex couples are now legal to adopt in almost all states except the Northern Territory. This is after a long legal battle that led to the amendment of numerous laws across all states.

With these legal privileges in place, the LGBT community is close to their cry for equality. As for now, let’s wait and see for Australia’s decision.

Disclaimer: this article aims to be just an informative article with regard to the rights of same-sex couples as of writing. The rights listed above might be partly or fully repealed when succeeding legislation arises. Please be guided accordingly.