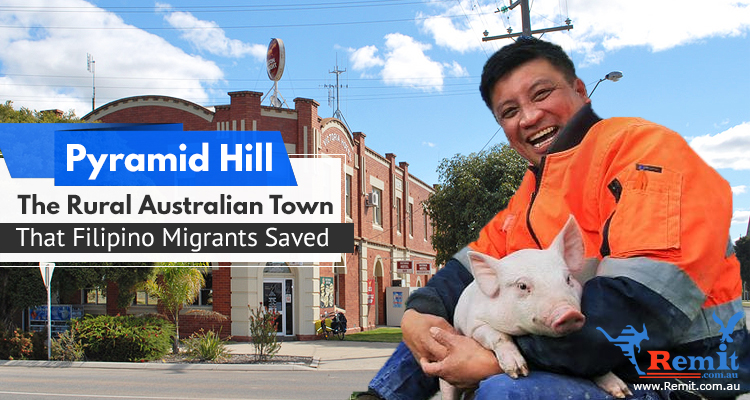 By Serena Estrella in Filipinos in Australia
March 21, 2019

As a person of color, you can’t help but be hyper aware of racial discrimination.

When some sicko shot up a mosque in Christchurch, an Australian senator blamed it on Muslim immigration. (Never mind that it was a white guy who murdered several innocent Muslims during the incident.)

This is why it’s so refreshing to hear about locals and immigrants not just getting along, but actually thriving together.

The Little Town Where It All Started

Pyramid Hill is an Australian town in rural Victoria. It’s in the Shire of Loddon and is about 234 km north of Melbourne.

Apparently, natural disasters and commodity recessions over the past two decades drove younger generations to pursue opportunities in bigger cities. Furthermore, despite low unemployment in the area, many young Australians don’t fancy farm work, so a lot of local businesses faced labor shortages.

And so, the owner of Pyramid Hill’s Kia Ora Piggery tried something unconventional. He personally went to the Philippines to sponsor five veterinarians for his business.

Fast forward to some years later, and the piggery is now Pyramid Hill’s biggest employer. They have 50 staff members on board, half of whom are Filipino. Apart from trained veterinarians, Kia Ora also hires Filipino mechanics and laborers.

That’s not all. The town’s Filipino migrants, who now form a quarter of the population, provide skilled labor for its agricultural industries, build houses, and even volunteer for the local fire brigade. And thanks to their children enrolling in Pyramid Hill’s schools, one managed to avoid near-certain closure.

Little wonder then that Cheryl Kinnon, mayor of Loddon Shire, has only glowing praise for Filipinos. “If you ask the old people here what they think about the Filipino population, they’ll say they’ve saved us,” she was quoted saying.

A Model Community For Multicultural Societies? 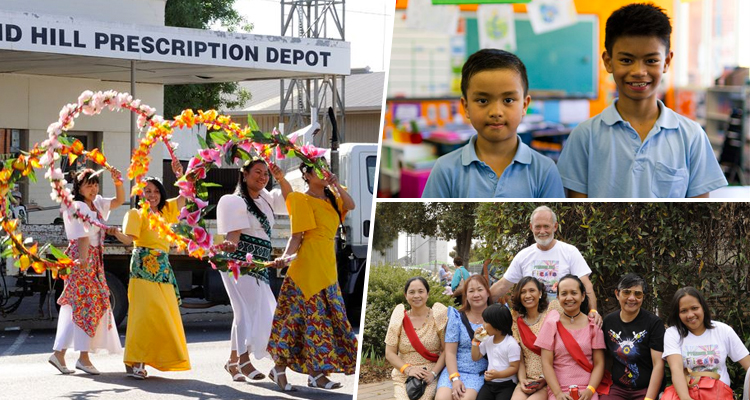 Filipinos are known the world over for their work ethic. Many of them opt to bring their gifts to Australia due to its friendly work visa policies. Majority of them, however, often settle in bigger cities Down Under.

So, what makes Pyramid Hill so special?

Migrant resource centers might be common in bigger cities, but not so much in less populous areas. Pyramid Hill’s local leaders thus took it upon themselves to support their migrants.

Apart from annual events, such as the yearly Pyramid Hill Fiesta, there’s also resettlement services. Language services are especially popular since it can take migrants time to understand the Australian accent and vernacular, despite English being spoken widely in the Philippines.

Pyramid Hill College’s principal, Fiona Moon, mentioned that while migrant kids have no trouble picking up the language, it’s a different story for their parents. Thus, the school made adjustments in the way it communicated with its students’ parents and guardians.

Principal Moon also noted that migrant families often have trouble navigating Australia’s financial and medical services at the onset. She has since suggested pairing local and migrant families to address this.

Perhaps the strongest factor behind Pyramid Hill’s success with migration is the town’s open acceptance. You need only to walk around a bit to see tangible evidence of this.

For instance, just across the town’s lone bus stop is a beacon for many migrants away from home. Here in this rural Victorian town, its signage reads “Pyramid Hill Filipino Food Store.”

They say bad news sells more papers than good news. This is probably why we’re inundated by so much depressing press these days. If we are to believe the media, the world is full of hatred and violence.

But if we’re to look around our neighborhoods and communities, we may find that it’s quite the opposite. There is still plenty of good in the world, it seems. Sometimes, we just have to look a bit harder to find it.