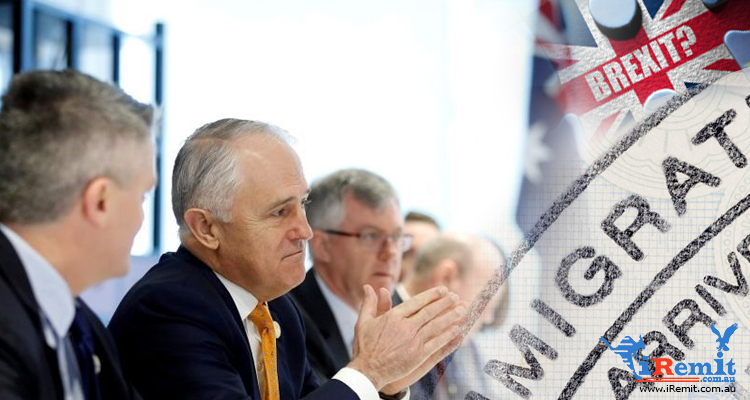 By Serena Estrella in Life in Australia
December 9, 2016

It is now a running joke that GRR Martin (the “Game of Thrones” author who writes dire, miserable endings for many of his characters) must have been the writer behind the year that was 2016. Apart from the deaths of several well-loved celebrities like David Bowie and Alan Rickman (Professor Snape!!!), this year bore witness to many political upheavals the world over.

While the world is currently bowled over by Trump’s ascent to the US Presidency, the consequences of an event that took place earlier this year is currently looming over Australia.

On the 23rd of June this year, a referendum was held over whether the UK should remain as a member of the European Union or not, hence the term “Brexit.” Despite being an EU member for more than three decades, the country voted to leave by a rather slim margin of 4%.

Now, what does this have to do with Australia? Well, it’s said that Brexit was largely brought about by the UK government’s failure to properly manage the public’s perception of immigration. As with Australia, UK immigration was producing economic benefits and aiding in the plugging of gaps in the labor market. However, the people lobbying for the Leave decision successfully played on the population’s fears about migration, hence the outcome.

Perception-wise, things are different in Australia. The percentage of its population born outside the country is higher than any OECD nation, save for Switzerland and Luxembourg. For the most part, migrants have improved labor productivity, made it possible for small-medium businesses to find skilled work at short notice (thank goodness for holiday or student visas), and even contribute more to government revenue via taxation in proportion to the benefits they receive from the same.

The trouble lies in the government’s weak regulation of employers or companies hiring migrant workers, especially the ones that hire temporary visa holders. These groups are most susceptible to abuse yet are unlikely to speak up for fear of jeopardizing their immigration status. The consequences are twofold; apart from the aforementioned abuse, the lack of stricter regulations has also robbed law-abiding businesses or companies of incentives, making it a lot harder for them to do right by their migrant employees.

Thus, unless substantial and timely measures are taken to protect migrants from being underworked and overpaid in Australia, they may just be compelled to set their sights elsewhere. And given how much of the Western world has now made them feel a lot less safe, the might do just that sooner than the country is ready for.