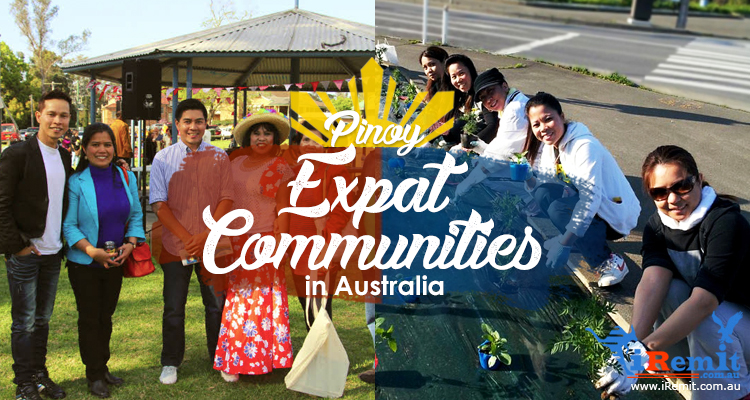 Do you miss the Philippines?

Even after indulging your homesickness with TFC or these efficient hacks, nothing beats face-to-face social interactions.

With this, joining Pinoy Expatriate Communities might help you in the long run. They may offer great support for you and your family especially as you start your new life on the land down under.

Here are some of the Filipino expatriate communities in Australia:

PACSI is an independent community-based organization working for the rights and welfare of Filipino migrants in Australia.

Formerly known as the Philippine Australian Council in Support of Filipino Women, it was first established in 1989, as a response to the growing number of Filipino women migrating to Australia. Its main purpose was to help these women in their settlement process.

In 1995, the name was changed to its present name, The Philippine Australian Community Services Inc, to reflect the growing population of Filipinos migrating to Australia under family stream migration.

Through the settlement grants from the Department of Immigration and Citizenship (DIAC), PACSI is able to continue providing support and assistance to new Filipino migrants.

PASC developed out of necessity. Pinoys wanted to play basketball among themselves. There had to be an organized group to run major sports events for early Filipino migrants in the metropolitan Sydney.

Who would’ve known that this small endeavor became a full-fledged community now not only to basketball but expanded also to tennis, bowling, golf, softball, chess, table tennis, darts, and swimming among others?

Furthermore, they became cultural beacons that shine the light to educate the people about Filipino culture and comradeship. Surely, an organization worth joining.

Based on their mission, VAA is committed to preserving and enriching of Visayan’s cultural heritage by strengthening camaraderie through social, religious, cultural and sporting conventions.

Filipino Chaplaincy of the Diocese of Parramatta

The Filipino Chaplaincy in Sydney was established in February 1981 when Cardinal James Freeman appointed Fr. Renato Paras SVD as Chaplain of the Filipino community in New South Wales.

It is the desire of the Diocese that the Filipino community share the gift of living faith with the local church.

The Filipino Chaplaincy reaches out to Filipinos in the different areas of the Diocese of Parramatta and leads them to understand, be one, and become an active part of the local church.

APCCII focuses on assisting, supporting and organizing the businesses of both Filipinos and Australians.

The group aims to help businessmen become a cohesive, active, and progressive group to develop and promote their common interest that is beneficial to the members.

BACNI is a non-profit volunteer organization formed by a group of Filipinos and Australians on 13 November 2005. They aim to meet the urgent need for skilled young leaders and to respond to changing needs of local Filipino communities in Australia.

The group led a series of community discussions that highlighted community issues in aged care, youth programs, family support, settlement services and responsible leadership that will carry through future generations.

Bahay Tuluyan Philippines is a Filipino non-government organization working for children in need of special care through the protection of children’s rights.

The CPCA is a national network of Filipino individuals and organizations in Australia committed to advancing the Filipino people’s interests.

They aim to empower the rights, generate support among each other, and lend support to the struggling Filipino migrant. This is thru active study tours, dialogues and cultural action to raise awareness for the community.

The Filipino Students Association is open to students of ALL nationalities who are interested in the learning more about the Filipino culture. It is the aim of the organization to promote the appreciation of our culture and to foster camaraderie amongst its members.

Some of their activities include get-togethers for members and participation in activities such as the MUOSS Festival of Nations through performances.

They are an umbrella group for six senior citizen organizations. The group coordinates projects, trips, and activities for Filipino-Australian seniors from 50-80 years of age.

The Filipino-Australian Foundation of Queensland Inc. is a charitable community organization.

Its purpose is to provide facilities and resources for community development, and social workers for the Filipino community.   It also serves as an avenue for teaching the language, culture, and history of the Filipino people.

These are some of the organizations we know of. What is your favorite Organization? Did we miss some organizations you know of? Leave a comment below for your recommended Filipino group.