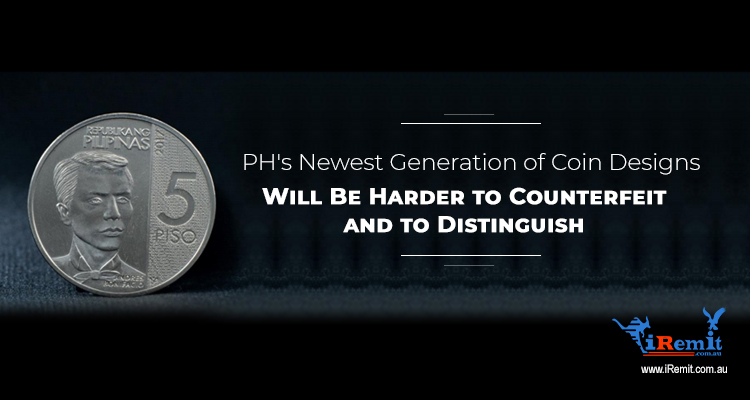 The old coins featured a bigger circumference and a dull gold color, making it easier to spot them at a glance. In contrast, save for the lack of ridging on the sides and of course, Andres Bonifacio’s face and the monetary value minted on it, the new PHP5 coin is practically identical to the PHP1 coin. Heck, I’ve already experienced being given excess change when a couple of food delivery guys mistook the shiny new coins for PHP1 last week. Tsk.

Unfortunately, it seems like things are about to get even more confusing now that the Central Bank of the Philippines or the Bangko Sentral ng Pilipinas (BSP) has started releasing the new generation coins. A closer inspection of the new designs’ specifications revealed the following about them:

Even a quick glance at the distinctions can tell you that it’ll be quite hard to tell the coins apart. When they’re all the same color and nearly the same size, good luck fishing out the right amount from your pocket on a jeepney ride or handing over the right amount of change to a diner during the lunch rush. Let’s not even talk about the elderly folk manning sari-sari stores who have trouble distinguishing between the coins due to their failing eyesight.

PHP4 might not seem like a big difference, but when you’re penny-pinching or are simply monitoring your expenses (and aren’t we all?), it can all add up to a substantial loss.

Little wonder then that some have called for the BSP to temporarily stop releasing the new coins due to the general confusion they’ve caused. In its defense, the regulatory body claimed that the changes were necessary to prevent counterfeiting as well as the illegal practice of hoarding coins to extract their metal content. The need to adapt more cost-efficient processes was also provided as another reason behind the move.

Look, we get that updating the coinage is crucial to warding off counterfeiters. Also, we couldn’t care less if the national mint uses copper or I dunno, Valyrian steel, to make the coins.

However, it would be nice if the brains (if they have any, that is) behind these measures would spare a thought for the people they are supposed to serve, and how such sweeping, poorly-conceived, and shoddily-executed changes can disrupt their everyday lives.

At the end of the day, the true purpose of good design is to make things more effective and efficient for the end-user. If yours doesn’t accomplish that, perhaps it might be time to head back to the drawing board.