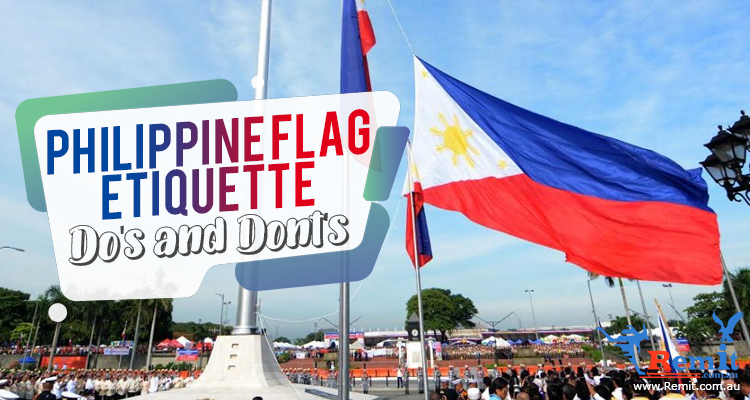 The frock’s impact on pop culture is such that Ginger Spice’s costumes in all the succeeding reunion concerts resembled it in some way. Roberto Cavalli recreated it with rhinestones and Swarovski crystals for the 2007 tour, for instance. And for the 2012 Olympics Closing Ceremony, Halliwell wore a short dress with the Union Jack flag at the back.

To think it all started with a black dress and a Union Jack tea towel.

Now, if you aspiring influencers out there are wondering if you can do the same with the Philippine flag, I have news for you. Geri Halliwell might have flaunted her country’s flag to great effect, but ours can only be used as, well, a flag.

Since we’re on the topic, let’s review the proper procedures for handling the Philippine flag, shall we? 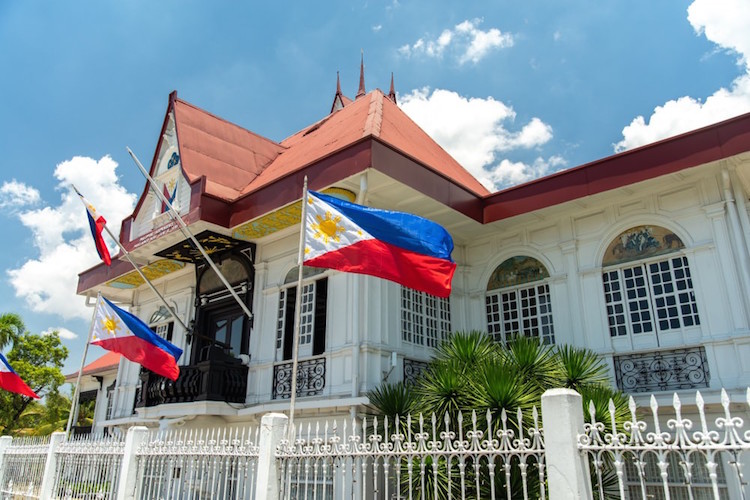 In times of peace, the blue stripe must be above the red. Otherwise, they should be reversed. You can display the Philippine flag on any day, but it’s mandatory on specific dates:

The President and/or local chief executives also have the power to proclaim other dates for the flag’s display.

Hoisting and Lowering the Flag 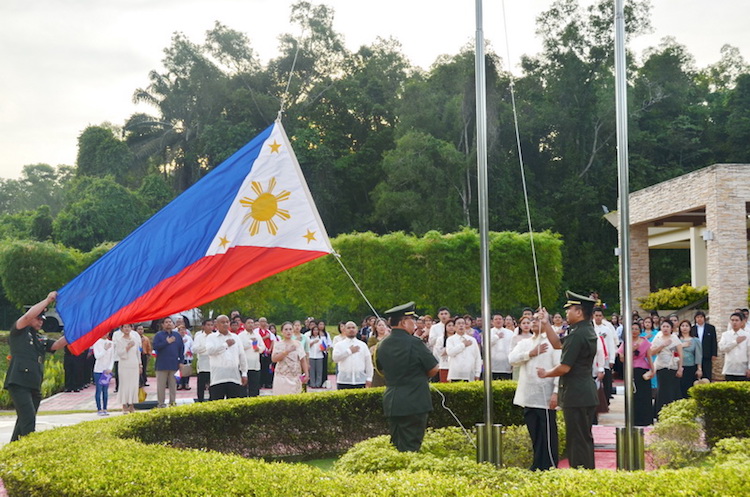 As per the flag code, it must be hoisted briskly at sunrise and ceremoniously lowered at sunset. Furthermore, if the national anthem is playing during the latter, the flag must be completely down the mast by the final note. Once the flag has been lowered, it must be properly folded and stored.

Nighttime displays are permissible, so long as the flag is properly illuminated.

Lastly, the flag should not touch anything beneath it upon hoisting or lowering. According to the flag code, you shouldn’t let it touch the ground or the water either. 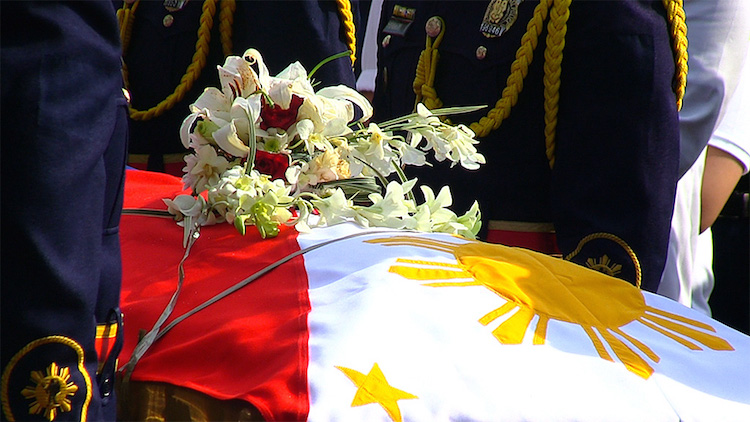 The Philippine flag may be displayed at half-mast in mourning for specific durations upon the deaths of the following officials:

To display the flag at half-mast, hoist it to its peak position, and then slowly lower it halfway down. Remember to raise it to peak position again before lowering it completely at the end of the day.

The flag may also cover the caskets of deceased military veterans, national artists, and other civilians with similar distinctions. In such cases, the triangle must be at the head of the casket, with the blue stripe to the observer’s left. Prior to lowering the casket, the flag should then be solemnly removed, folded, and handed to the bereaved. 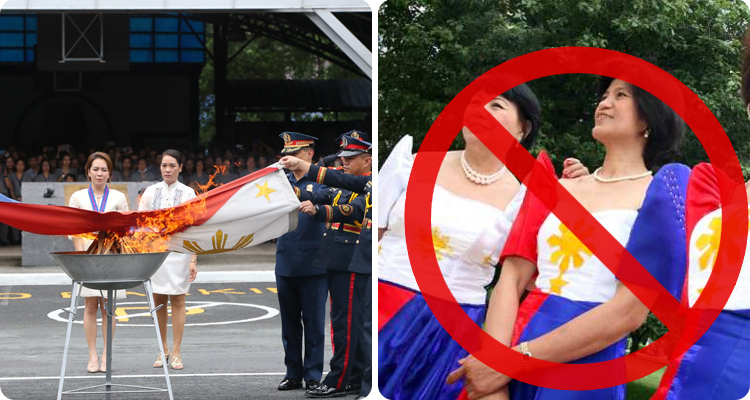 Sorry, Ginger Spice wannabes. Again, you can’t really wear the Philippine flag like a dress. To preserve its dignity, the flag code prohibits its use as clothing, table linen, drapery, or other such coverings as well.

Defacing the flag in any way is illegal too, even for satirical purposes. Should a flag end up looking too worn and weathered, you should burn it solemnly (!!!) rather than toss it in a waste bin.

As a final note, there are no circumstances that permit dipping the flag. You simply can’t do so in salute to any individual.

Honoring the flag isn’t so much about safeguarding a piece of fabric, per se. We treat it with reverence for what it symbolizes: our nation’s hard-won freedom and independence.

That’s certainly something to ponder as we celebrate our 121st Independence Day, eh?