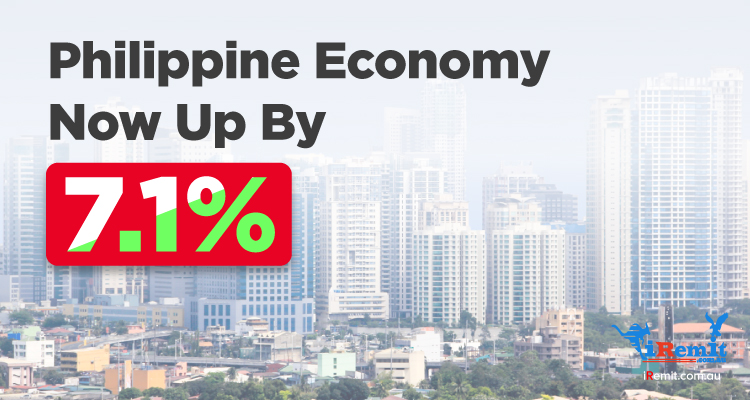 Philippine Economy Now Up By 7.1%

Stock market woes and drooping peso-dollar exchange rates aside, it seems the Philippine economy is as robust as ever.

The Philippine Statistics Authority (PSA) announced on Nov. 17, Thursday, that the country’s gross domestic product (GDP) has grown by 7.1% in the third quarter of 2016. The growth is especially significant as it follows the first full quarter since Rodrigo Duterte has been elected as the 16th President of the Philippines.

According to Director Reynaldo R. Cancio of the National Economic and Development Authority’s (NEDA) National Policy and Planning Staff, this makes the Philippines “the fastest-growing among major Asian emerging economies that have already released data for the quarter.” While India has yet to release their data, our country’s 7.1% growth has undoubtedly beat out China’s 6.7%, Vietnam’s 6.4%, Indonesia’s 5%, and Malaysia’s 4.3% posted gains within the same quarter.

The PSA attributed much of the boost to the services sector, which posted a growth of 6.9% in the previous quarter. This, along with the industry sector’s growth acceleration to 8.6% within the past three months, is touted to have driven the Philippines’ highest GDP growth rate since the second quarter of 2013.

This trend is quite consistent with the Philippine economy’s upward trajectory, given how it has been outpacing Asian giant and neighbor China during the first half of the year. The latest figures have so far exceeded analysts’ expectations, but is well within the government’s expectations, as per Socio-economic Planning Secretary Ernesto Pernia’s estimate that the third-quarter GDP was anywhere between 6.3% -7.3%.

An overall, full-year growth rate of 6% – 7% remains to be the government’s goal for 2016, GDP-wise, and given the latest fundamentals, that goal is very much within reach.

Great news indeed, and just in time for the coming Christmas season.