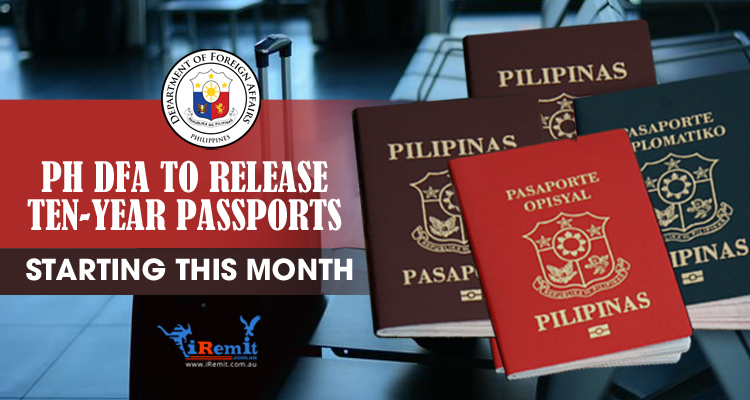 If you’ve been putting off working abroad or even just ticking a few places off your bucket list, 2018 might just be the year to finally do those things.

As of 3 January 2018, the Department of Foreign Affairs (DFA) will be issuing passports with a ten-year validity. Prior to President Rodrigo Duterte signing Republic Act 10928 last year, the Philippine Passport Act of 1996 stipulated an expiry period of five years.

While this new and most welcome change means passport holders now have more time to satisfy their wanderlust before going through the tedious renewal process, it was actually drafted with overseas Filipino workers (OFW’s) in mind.

“This measure will certainly give comfort to our OFW’s. Often, they have to file a leave from work for them to be able to travel back and forth to the nearest Filipino embassy or consular office to get their passports renewed,” so said Senator Sonny Angara, one of the bill’s authors.

Thus, all passport applications and renewals filed on 3 January 2018 onwards will be entitled to the ten-year travel document once approved. It should also be noted that there is no price increase corresponding to this extended validity, and that the Philippine passport is still at Php950 as of this writing. Both the old and new passports will have the same design, security features, and number of pages as well.

Regular release schedules will still apply, and expedited applications are scheduled to be released on 12 January. Likewise, the old requirements for renewing one’s passport remain the same:

However, applicants below the age of 18 will still be issued passports with a five year validity under the new regulations. According to the DFA, this condition is largely due to the fact that individuals who have yet to reach their majority tend to go through a lot of physical and facial changes. Thus, they will need to update their government-issued ID’s (e.g., passports) more often for these to remain accurate.

As for Philippine passports issued prior to January 2018 and with five-year expiry dates, they will continue to be valid until they expire.

Now, all that’s left is for us ordinary people to pray that it won’t take us ten years to book an appointment for renewing our passports.