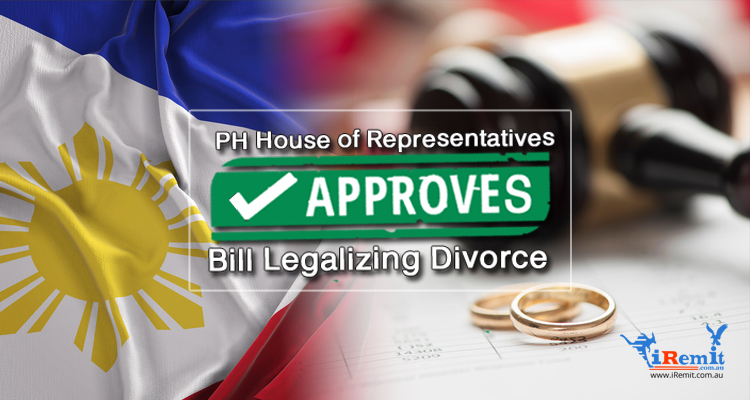 Fun fact: There are only two countries in the world where married couples can’t get divorced: Vatican City, and, wait for it, the Philippines. Until now, it seems.

For decades, far too many Filipino spouses who weren’t married to foreigners or to practitioners of the Islamic faith, wives especially, have been forced to suffer miserable or dysfunctional marriages due to the lack of a divorce law. Due to the predominance of Catholicism and deeply conservative views on marriage and family, dissatisfied couples in the Southeast Asian country were simply advised to “grin and bear it.”

Those who couldn’t opted for de facto separations, but as this did not sever the marriage in the eyes of the law, neither spouse could legally marry another person and the one in custody of any resulting children would be ineligible for child or spousal support. The only other alternative is an annulment rendering the marriage null and void, but this has often proven ridiculously lengthy, enormously costly (legal fees associated with this process amount to a minimum of USD5,000, double that if you include the grease money needed to sway the courts to your favor) and utterly frustrating infidelity, physical abuse, and “irreconcilable differences” do not qualify as grounds for annulment).

As of last Wednesday, however, an additional and potentially more favorable option was put forward and approved in the Philippine House of Representatives.

Ten members of the Committee on Population and Family Relations voted in favor of The Act of Absolute Divorce and Dissolution of Marriage. The bill allows married couples to end their marriages on the grounds of infidelity, physical abuse, irreconcilable differences, psychological incapacity, gender reassignment surgery, and marital conflicts resulting in the “total breakdown of the marriage beyond repair,” among other things.

The aforementioned bill also allows spouses who have been separated for more than five years to file for “absolute divorce” if reconciliation has been proven to be highly improbable, unless the separation is due to overseas employment or to the spouses residing distantly from each other. In addition to this, the bill mandates a “cooling off” period for six months after a petition has been filed in order to facilitate a final attempt at reconciliation between the parties involved.

However, the six-month period would be lifted in cases where violence has been committed against one of the spouses and/or their children, or if an attempt has been made against the life of the same.

As for the custody of any underage offspring from the marriage, the courts will determine such according to pertinent provisions under the Family Code of the Philippines. Children under the age of seven, meanwhile, may not be separated from their mother, except for compelling reasons.

Furthermore, “innocent” or aggrieved spouses who aren’t gainfully employed will be entitled to one year’s worth of support from the offending party under the proposed bill.

The bill is now all set to go into the plenary for another round of debate or voting. Should it pass into law, I can only imagine how many oft-neglected wives across the country can finally heave a sigh of relief and get on with their lives.

Just in time for Women’s Month too.