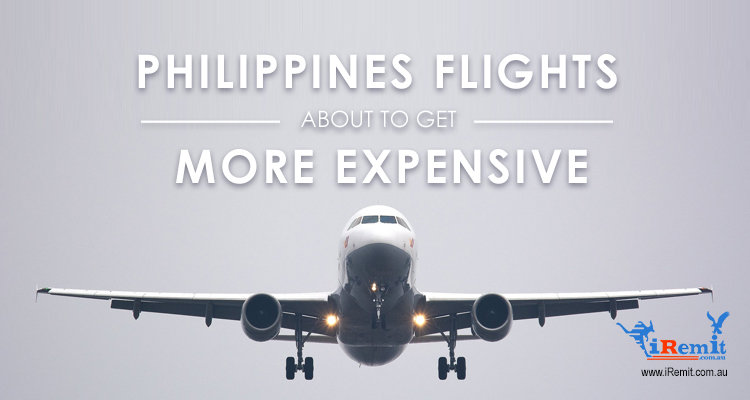 PH Flights About to Get More Expensive

If so, you might want to increase the budget allocation for your plane ticket.

(No) thanks to rising fuel costs and the peso weakening to a 12-year low, the country’s airlines are compelled to raise ticket prices to offset the blow. According to last week’s reports, some of the leading homegrown airlines have applied for regulatory approval to increase the fuel surcharges levied upon their consumers so that the said companies can survive the rising costs.

Flag carrier and market leader Philippine Airlines, Inc., for instance, consumes 11 million barrels of fuel a year in its capacity as the nation’s largest carrier. Thus, for every US$1 increase in the price of each barrel, its annual fuel costs automatically balloon to US$11 million. This year, the price of jet fuel has already risen by US$13 per barrel from January to April alone. When you crunch the numbers together, that adds up to US$143 million in additional costs. Yikes.

Cebu Pacific, the Philippines’ largest budget airline, is also in a very similar scenario. Lance Gokongwei, its President and Chief Executive Officer, recently claimed that his airline is spending PHP700 million more per month as compared to the previous years. He also added that an added charge of PHP70- PHP250 on domestic flights could cut their cost increases in half.

Fuel prices and drastic currency fluctuations aren’t the only factors troubling the local airline industry. The government’s recent closure of Boracay, arguably the most popular beach destination for tourists and natives alike, forced Philippine carriers to cancel their flights to the island for the foreseeable future, thus significantly diminishing their revenues. In Cebu Pacific’s case, the airline stands to lose anywhere between PHP500 million to PHP1 billion in revenues over the next few months as a result.

Furthermore, the upcoming increase in ticket prices will probably dampen customers’ appetite for travel even more, what with the Philippine peso’s sustained weaknesses already putting off quite a few.

Looks like us millennials will have to find some other way to cure our wanderlust for the time being.