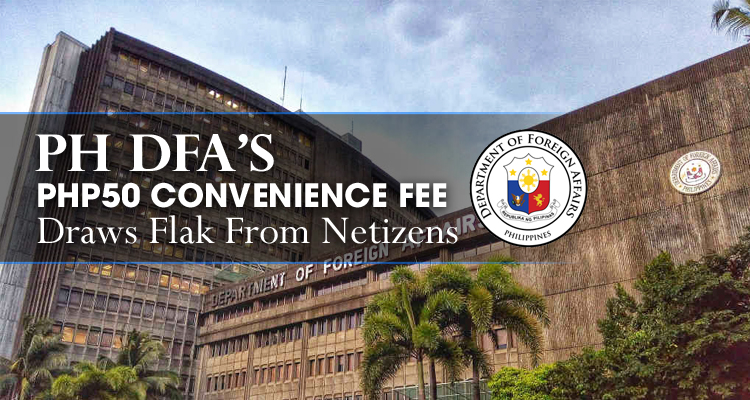 Now, I could be wrong, but last time I checked, the word “convenience” means “something (such as an appliance, device, or service) conducive to comfort or ease.” Ideally, if you pay a convenience fee, you should be able to get a product or service a lot faster or easier than usual, right?

Apparently, that’s not the case with the Philippine Department of Affairs’ (DFA’s) latest policy.

We’re all aware that the said agency has been trying to address the sheer lack of appointment slots for passport applications and renewals, and that in an effort to deter unscrupulous entities from hoarding appointment schedules and selling them off, the DFA started implementing the Passport E-Payment Facility back in April.

Under the new appointment system, applicants have to pay for the processing fees up front to confirm their slot. Simply put, no payment, no appointment, which is fine, really, considering how non-refundable processing fees would make people think twice about not showing up at the appointed date and time. Requiring a prepayment for each appointment would also make it harder for fixers to hoard the scheduled slots.

However, eagle-eyed netizens noticed that a Php50 “convenience fee” was being charged to those who were making use of the E-Payment Facility on top of the Php1,200 and Php950 fees for expedited processing and regular processing, respectively.

Some of them took to Twitter to air their grievances over the additional charge. Quite a few pointed out that the Php50 fee should have been waived since they were still made to wait for three months before a passport appointment opened up. A handful also criticized the new measure as “anti-poor” for charging people more just to avail of an appointment.

The good news, however, is that the E-Payment Facility is still in its trial phase. The new measures are currently being implemented within the boundaries of Metro Manila as of this writing, and are scheduled to be applied to the rest of the country in August.

Thus, there is still sufficient time for the presiding authorities to evaluate user feedback and to make any necessary adjustments prior to the nationwide launch (i.e., get rid of the “convenience” fee altogether or find a way to actually make the process convenient for all who avail of it).