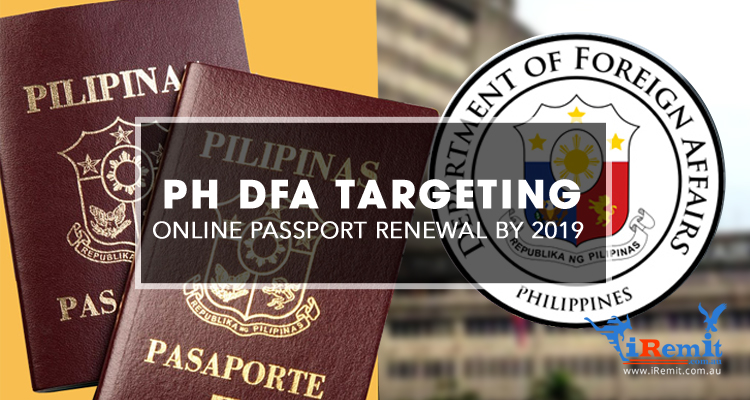 “Just about everything here is so slow,” so goes the common refrain of locals and expats alike in the Philippines. Traffic, the Internet, how long it takes to get your driver’s license….the list seems to go on forever.

Passports are yet another thing that belong to the said list. Because a good percentage of the population depend on employment abroad for their livelihood, the general outcry over how ridiculously long it takes to process them is understandable.

Thus, the Department of Foreign Affairs (DFA) has implemented all sorts of measures in an effort to solve the problem, from hunting down a local syndicate hoarding reservations and opening up additional passport renewal slots to extending a certain branch’s opening hours to include Saturdays.

And now, the said government agency is looking at another option: online passport renewal.

Foreign Affairs Secretary Alan Peter Cayetano announced that the DFA is preparing to launch an online passport renewal campaign by next year. “‘Yung cellphone niyo, kukunan lang ng picture yung passport, and then magse-selfie ka, ico-compare lang sa ‘yo yung passport, (You can use your phone to take a photo of your passport and of yourself. Once we verify your identity based on that), then we can mail you the passport already,” the Secretary announced last Tuesday during the House investigation on passport processing.

“Once we have the biometrics, pwede nang hindi magpakita sa offices (you don’t have to put in a personal appearance at the office) and we can do the renewals online.”

Apparently, the DFA will have to take the biometrics of all applicants again as the previous passport contractor turned over corrupted and obsolete data. This is also why the online renewal option would only be available to those who applied back in August 2016 onwards.

In addition to the proposed measure, the government agency also has in the pipeline two new regional consular offices due to open this month and six mobile passport units arriving in June, all to help restore order to the processing of passports and to reduce the backlog by 60-80 percent.