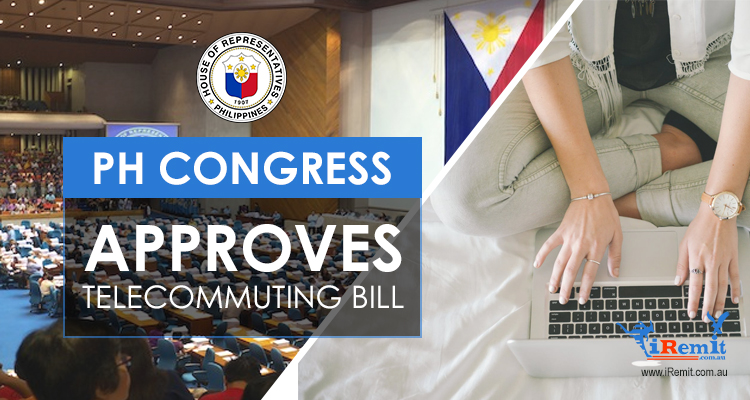 On Monday, 27 May 2018, the House of Representatives approved a measure that will give private sector employees the option to work from home. House Bill 7402, otherwise known as the Telecommuting Act, aims to “promote a flexible work arrangement for private sector employees to work from an alternative workplace with the use of telecommunication and computer technologies.”

Amazingly, 239 lawmakers voted in favor of HB 7402 without any negative votes and abstentions. Rep. Luis Raymund Villafuerte, the principal author of the bill, said that the worsening traffic situation in Metro Manila and the increasingly unpredictable weather patterns have made new and alternative modes of working not only advisable, but downright necessary.

“More and more employers have expanded the traditional mode of on-site work to the adoption of flexible working arrangements such as the compressed workweek and telecommuting, among others,” the representative from the second district of Camarines Sur was quoted saying in an earlier statement.

The Telecommuting Act was designed to provide guidelines for remote working arrangements in the private industry, chief among them are:

A counterpart bill was approved in the Senate over a year ago, almost to the day. Once the bill is passed, there are plans for establishing a telecommuting pilot program in select industries by the Department of Labor and Employment for program evaluation.

While I do think the bill should have been passed much earlier (we telecommuters have been at this for quite some time now, and I know of some who have been subjected to much abuse in the absence of any relevant laws), it does make one considerably hopeful that this country will soon embrace this wonderful alternative to traditional work.

After all, so many companies from other countries have benefited from our widely-distributed local talents for so long. Isn’t it time for our homegrown businesses to do the same?