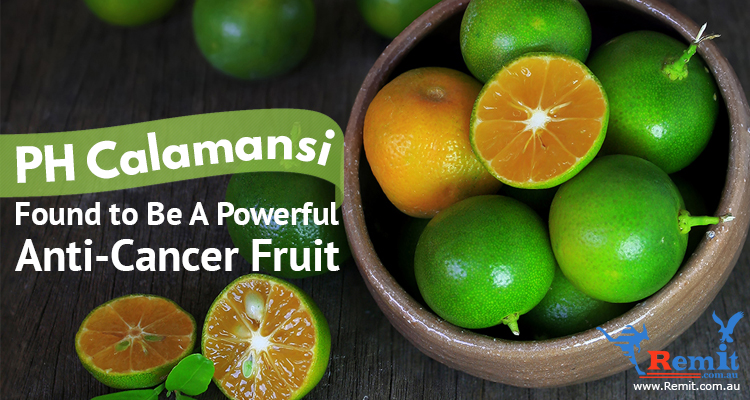 By Serena Estrella in Health and Fitness
July 3, 2019

PH Calamansi Found to Be A Powerful Anti-Cancer Fruit

Could the cure to cancer be lurking inside the Filipino kitchen?

That sounds like a bit of a stretch, but hey, you gotta hook your readers in with an introduction, right? To be fair, though, it’s not exactly wrong.

We Filipinos grew up with calamansi. The citrus fruit is especially plentiful in our country, and is often a substitute for lemon. We mix it with water and honey to make calamansi juice, sprinkle it over pancit, combine it with other condiments, and even flavor baked goods (e.g., muffins) with it.

And now, some researchers have found that there could be a lot more to our beloved calamansi than its trademark zing.

Is Calamansi the Key to Fighting Cancer?

Apparently, the essential oils derived from citrus fruit peels contain d-limonene, a powerful anti-cancer compound. A study published in the Industrial Crops and Products journal looked into its effects on human mammary tumor cell line MCF-7 and Chinese hamster ovary non-tumor cell line AA8. It appeared to be especially toxic to the former.

The researchers thus concluded that the high d-limonene content in calamansi essential oils led to its toxicity towards tumor cells. Furthermore, they discovered its strong anti-inflammatory properties, along with the synergistic effects of its other compounds with d-limonene.

While we still need further studies to solidify calamansi’s anti-cancer benefits, consuming the fruit is good for your health in a variety of ways. Drinking a glass of calamansi juice, for instance, supposedly results in the following:

The fruit’s high vitamin C content helps protect the body against viral and bacterial infections. Over time and with regular intake, calamansi juice builds the body’s immunity against the common cold, flu, or fever. (Do note, however, that there are studies disputing this.)

Calamansi juice purifies the organs and detoxifies the colon. This relieves constipation and eases bowel movements. In addition, the juice can help the kidney function properly, resulting in lighter, less foul-smelling urine.

As a final note, these findings could potentially help out the local calamansi industry. Apart from the obvious economic benefits, it would also be good for the environment since the large amounts of calamansi pericarp waste could be put to better use.

Perhaps nature is medicine after all, eh?