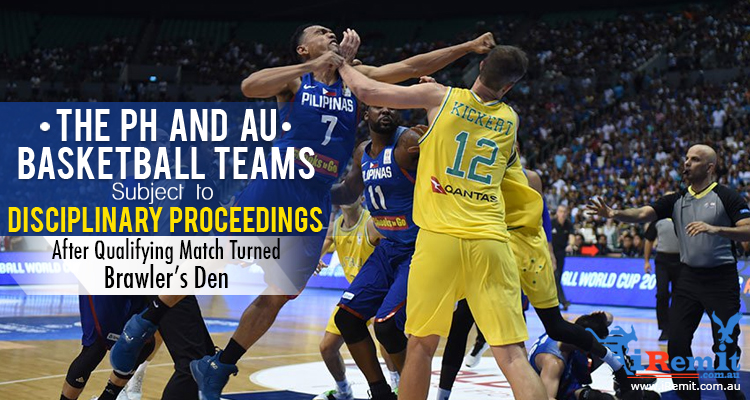 The world cup qualifier is here again. And the last thing you want to see is a basketball game turned brawler’s den. FIBA is now opening disciplinary hearings against both teams in the qualifying game fiasco last July 2, 2018.

At the 4:01 mark with 79-48 in the scoreboard of the third quarter, the free-for-all unexpectedly commenced. There were punches, kicks, and even a flying chair. Check out what exactly happened in the video below if you haven’t already.

The game continued with three PH versus five AU players on the court. But only to halt once again when two of the PH players get fouled out. The game ended with a final score of 89-53 in AU’s favor.

The chief executive of Basketball Australia Anthony Moore apologized with the statement:

“Basketball Australia deeply regrets the incident in tonight’s match between the Boomers and the Philippines in Manila. We are extremely disappointed with what happened and our role in it.”

On the other hand, Coach Chot Reyes defends the action of Gilas.

“So when he did that, the foul of Pogoy on Goulding was an offensive foul, it was a basketball play, but he was the one who came in and decked Pogoy. 5th time. You don’t expect to do it to a team 5 times and not expect to retaliate.”

“We already told them ‘huwag niyo ng pansinin (just ignore), focus on the game,’ but you know, after that when he did that in the 3rd quarter, it’s hard to restrain them anymore.”

What is your take on this? Should the PH just restrain themselves from retaliating from the alleged taunting of the AU players? Or is it just fair when enough is enough? Let us know in the comments below.

But for now, we wait for FIBA’s decision regarding this issue.