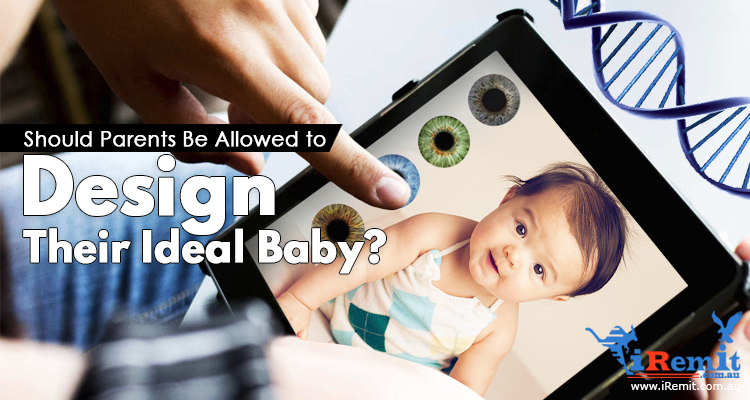 Should Parents Be Allowed to Design Their Ideal Baby?

Parents want only the best for their children. Heck, this also applies even to Kardashian-Jenner matriarch Kris and her ilk who have done questionable, borderline exploitative things to their offspring in the name of fame and money.

Dark humor aside, it’s quite normal for anyone to set up their kids for success. That’s what parenting is ultimately about, isn’t it? Rearing and raising a child to be a healthier, smarter, and more successful version of one’s self? Still, there are certain extremes that are hard to justify even with the best of intentions, hence the debate on designer babies.

Up until a few years ago, the concept of genetically modifying embryos to produce beautiful and intelligent babies that are free of hereditary disease was fodder for science fiction. A recent development called “Crispr technology,” however, has resulted in an unprecedented and precise method for editing DNA. Researchers on the project have claimed that the method is approaching 100% efficiency, thus bringing us closer to the possibility of creating a genetically-superior human race.

But would allowing parents to pick and choose their infant’s traits be good for mankind in the long run? Or is this option simply too, well, too much, period? Let’s take a look at both sides of the argument.

On the one hand, major medical societies like the American Congress of Obstetricians and Gynecologists (ACOG) are wary of some of the possibilities inherent in genetically modifying embryos, specifically where the selection of the baby’s sex is involved since this has the potential to exacerbate the discrimination against female infants in societies like China or India, which have strong cultural preferences for males.

Furthermore, since new, groundbreaking technologies are often very expensive, the elite classes would likely be the first beneficiaries of designer babies. Coupled with their parents’ breathtaking wealth, stronger, healthier, more beautiful, and more intelligent designer babies could widen the gap between the haves and the have-nots even more, and thus making it even harder for the underprivileged to advance themselves in the world.

There’s also the chance that allowing parents to choose or control how their baby turns out could impair the parent-child relationship. Even now, some parents have tyrannical expectations of what their children should be (e.g., “If you don’t go to medical school, I won’t finance your education,” etc). What more if they designed a child for a specific purpose that the latter might not be keen on? After all, you can perhaps try cloning Michael Phelps, but there’s no stopping Michael 2.0 from shunning swimming and turning to accountancy instead if he were so inclined.

On the flip side, designer babies aren’t without their charms, and these go further than surface traits like blue eyes and brown hair. No, done right, genetic modification can help parents screen for genetic abnormalities like Down Syndrome or for hereditary diseases like diabetes or hypertension, and perhaps even ensure that their child will not end up with such.

As to the argument on genetically-modified babies having unassailable advantages over their non-modified counterparts, some experts have opined that traits like intelligence and talent are far more complicated to predict in embryos, so such fears are largely blown out of proportion. At this point, fostering such genetic traits in children isn’t so different as compared to enrolling them in music lessons or arranging for their special tutors.

Granted, both the science and the code of ethics behind genetically modifying human beings is still a ways away from being fully-developed, so there’s quite a lot of time for us to examine all sides of this controversial yet promising concept.

Lastly, it’s also worth bearing in mind that while it could very well be possible to create superhumans in the future, no technology has so far enabled us to control an individual’s free will or personality. And since a person’s drive and work ethics often tips the scales in their favor more often than not, how a child is raised will still factor in heavily on the sort of person s/he will grow up to be, genetically-modified or not.