The Parada ng Lechon (roasted pig parade) is a must-see festival in Balayan Batangas held annually on June 24. Local Balayan folks do this tradition to celebrate the feast of their patron, St. John the Baptist.

According to the old villager, Lechon was served before the Spanish arrived in the Philippines. The dish became a symbol of Batangas tradition to serve Lechon during celebrations since it’s the main dish most batagueños have for celebrations or fiestas. 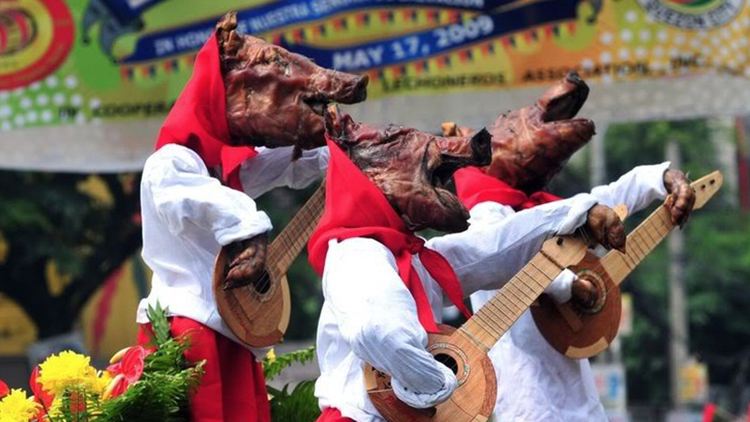 As Catholicism became to spread, each town, or in tagalong “Barangay,” acquired their own Parton Saint for which they would hold fiestas. The town that celebrates the Parada ng Lechon, comes from the Chinese word “bai” which means house and is home to many old Spanish style houses.

John the Baptist became the patron saint of Babaylan and his sainthood is celebrated annually during the Parada ng Lechon. They decorate and dress their respective Lechon, sometimes, in wigs, sunglasses, raincoats, or whatever the Balayan locals want. At the end of the day, the best-looking Lechon takes home the bacon.

Preparing the Pig for the Parade 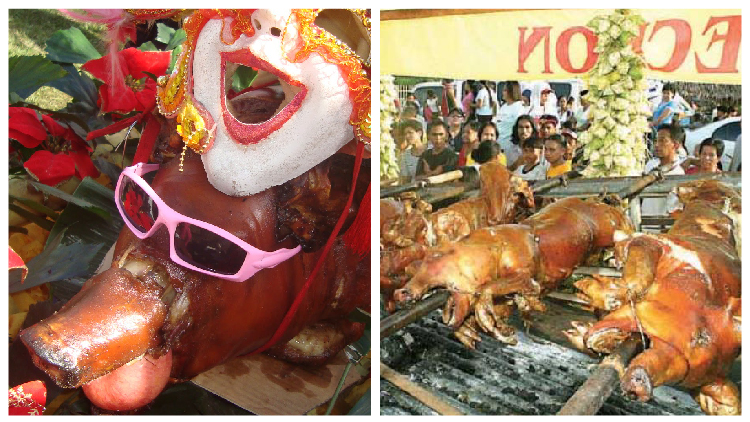 The pig is placed on a spit, charcoal placed on the side of the pig, in a roasting pit. It is baked while wiping the skin with a brush made of leaves with water and the pigs own oil or fat. This procedure makes the skin crispy and roasting it for at least 5 hours.

After cooking, it’s time to dress the Lechon. The dress will depend on the theme the social organization has chosen for the annual event. After dressing the pig, clear plastic is wrapped around the pig to prevent the Lechon to get wet during the parade.

When the lechons are ready, they are brought to the church of Immaculate Conception. Participating lechons or roasted pigs will line up the church patio while a mass is being celebrated and blessed in honor of St. John the Baptist.

Dousing of water during the festival is to signify the baptism of Jesus by St. John the Baptist. The festival is a religious ceremony for the villagers of Balayan.

Posted by 3 Sean's Entertainment And Events on Monday, 9 July 2018