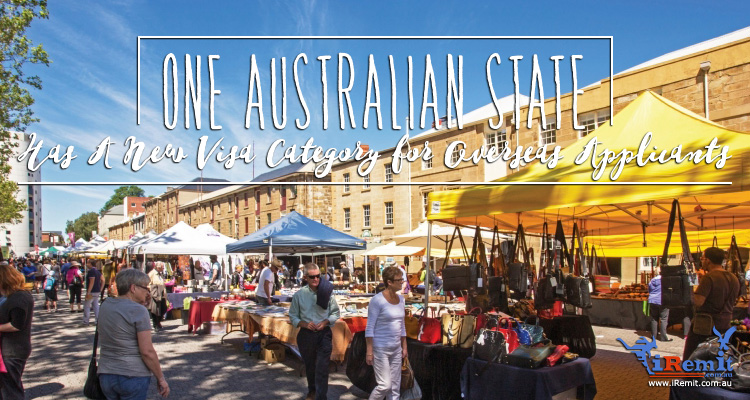 By Serena Estrella in Filipinos in Australia
July 27, 2017

One Australian State Has A New Visa Category for Overseas Applicants

Remember Taz? Short for “Tasmanian Devil,” he was a furry, ferocious, albeit adorably dim-witted Looney Tunes character that had a voracious appetite.

How is this relevant, you say? Well, for many Filipinos, yours truly included, Taz was the cipher that brought the existence of Tasmania into our awareness, and the said state is about to play a key role in migration opportunities for many of us.

Situated about 240 km south of the Australian mainland, Tasmania is an Australian island state that has recently introduced a new visa category for those seeking a permanent pathway to permanent residency Down Under.

Starting 1 July 2017, offshore applicants can apply for the new category that has been introduced for Tasmanian state nomination for overseas applicants under Visa Subclass 489. To apply for it, one should nominate an occupation from Tasmania’s Skilled Occupation List and also provide sufficient proof of employment opportunities in the state. If you happen to have a genuine offer of employment from someone who’s based in Tasmania, that’ll tip the scales in your favor too.

As for its benefits, this new variant of Visa Subclass 489 allows its holders to live and work in Tasmania for up to four years.

Once a visa holder has lived in the state for at least two (2) years and has worked a minimum of 35 hours per week for at least one of those years, s/he becomes eligible to apply for permanent residency in Australia.

It should also be noted that a nomination from the state of Tasmania gives an additional 10 (ten) points to the overall score of a skilled visa applicant, which, of course, increases their chances of meeting the points requirements set by Australia’s Department of Immigration and Border Protection.

With the US and the UK currently in shambles over Trump and Brexit, respectively, Australia is becoming an even more sought-after destination for those seeking greener, safer pastures. With Tasmania new visa category in play, the country’s annual intake of 200,000 visa seekers is only bound to increase in the near future.