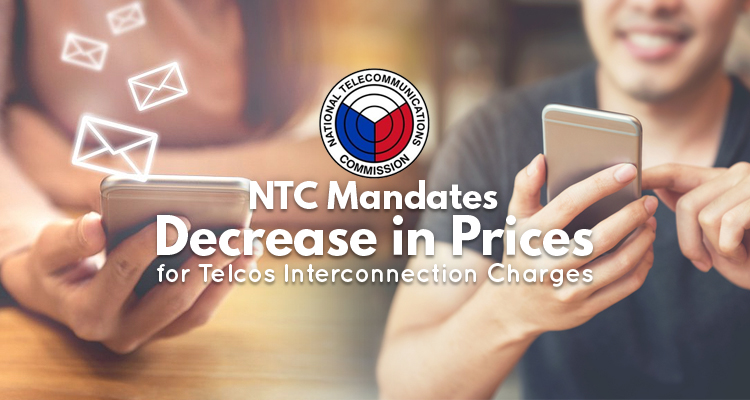 In the Telco world, we are divided between Globe Telecom or Smart Communications. It’s either we are all G or S in our family to fully utilize a cheaper cost for our calls and text. Some opt for getting two lines to save precious cash. But with the National Telecommunications Commission (NTC) mandate, this predicament might get resolved.

The NTC ordered the giant Telcos to reduce their price interconnection charged for both calls and texts. These are the additional costs charged to us when we call or text people from other networks.

Before this mandate, the Philippines has the highest interconnection rate for voice calls in Southeast Asia. Right now, we are ranked third lowest.

“Affordable interconnection charges would encourage competition and would attract new major telecommunication players by creating a healthy environment conducive for competition and fairer level playing field,” as the memorandum states.

In Preparation for a Third TELCO

This legislation is a win for the Filipino people. We can now enjoy the Telcos services without mainly thinking about our family and friend’s majority Telco subscriptions.

It’s a precedent also for the coming Third Telco. Making these charges lesser will surely prep the third player for the competition.

The effectivity date of the memorandum is set at 10 days after the announcement. Let’s wait for the final prices this coming August. Cheers!