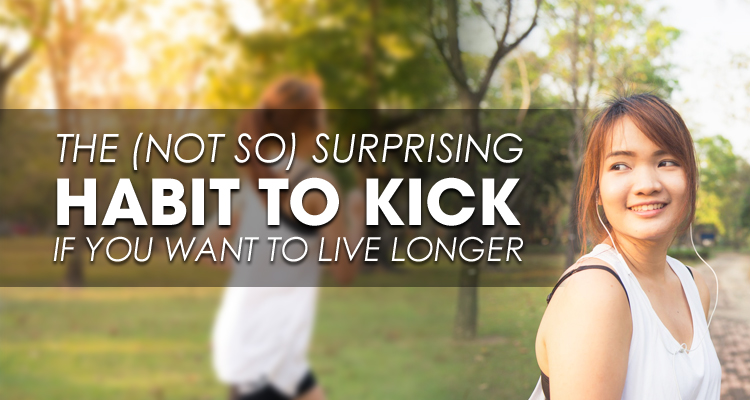 By Serena Estrella in Health and Fitness
August 1, 2018

When it comes to healthy living, just about everyone has an opinion.

Eating fat is supposedly good for you, until someone else says it isn’t. You’re supposed to wake up at the same time every day, but then one study says it’s healthier to catch up on sleep during weekends.

And then, there are the weirdly specific bits of health advice, such as refraining from wearing a hairband on your wrist (seriously), swearing off tilapia, and of course, laying off your smartphone.

With all the so-called experts and pseudo-experts weighing in on what’s good for you and what isn’t, maintaining a healthy lifestyle has never been more confusing.

On the other hand, a recently-concluded US study also reveals that following the right advice amidst all the conflicting advisories can actually extend your lifespan by more than a decade, thanks to lower risks of cancer or cardiovascular disease. The researchers involved focused on five healthy habits stemming from conventional wisdom, namely, not smoking, limiting alcohol consumption, maintaining a healthy weight, eating right, and getting enough exercise (I wonder if the occasional stretching at one’s desk counts).

Data collection began as early as 1976, with 79,000 female nurses and 44,000 male health professionals. Half of the women were followed for at least 34 years and half of the men for at least 27 years. By the end of the study, nearly half of the participants had passed away, with a good percentage of them succumbing to either cancer or cardiovascular disease.

Unsurprisingly, the people who practiced all of the healthy habits had the lowest risk of premature death out of the entire group. However, one particular habit stood out over the rest when the five were analyzed individually.

“There is no question that the avoidance of smoking is a top priority,” senior study author Dr. Frank Hu of Boston’s Harvard T.H. Chan School of Public Health confirmed by email.

The occasional tipple can actually be good for the heart, but no one has so far discovered any health benefits to be had from smoking. Instead, it is one of the biggest causes of preventable deaths, the poisons from cigarette tar wreaking havoc on the lungs, heart, stomach, and throat, among other organs.

The harmful effects of smoking are all the more insidious since they take years to accumulate and partly because kicking the habit itself has often proven difficult for many smokers. It’s even been estimated that half of those who die from smoking-related causes do so in old age, with some of them losing up to 25 years of their life expectancy.

While having a well-rounded healthy lifestyle remains ideal, making the effort to cultivate one good habit or two is better than making no attempt at all and will still help lengthen your lifespan.

If nothing else, knowing which healthy habit can make the most difference also provides you with a good starting point. Adopting all five healthy habits simultaneously can be pretty discouraging for the typical 21st-century adult, so pacing yourself and getting off to a good start is key.