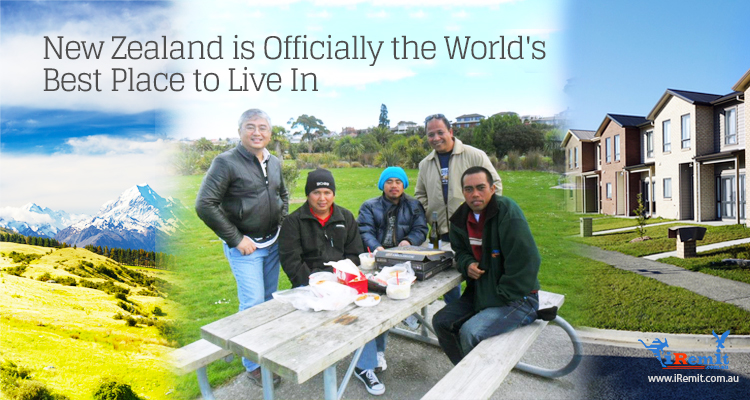 Now that Trump is set to take over the White House, there has been no shortage of memes and articles about mass migration.

Jokes aside, though, the United States has not featured in the top 10 (or even the top 15) countries to live in for years now. Even without the rather dismal economic and military prospects of the incoming administration, the lagging economy, lack of decent jobs, and general workaholic culture has driven most people to seek alternatives.

So, the question is, where is the best place to live right now?

If you live in New Zealand, I’ve got great news for you: you won’t have to move. Apart from being the land of rugby players, sheep shearers, and Hobbits, the island nation was recently declared the best place to live in.

This is according to a study carried out by the Legatum Institute, a London-based think tank that evaluated countries according to a list of 104 criteria before giving New Zealand top marks for prosperity. Apart from assessing a country’s GDP, the study also considered how such wealth was distributed among citizens. Aotearoa, in particular, was lauded for translating the country’s wealth into the well-being of its people, especially when factors like per-capita GDP and the employment rate were considered.

Other areas where New Zealand scored highly include:

Coming in at a close second behind New Zealand is Norway, which had been dominating the list for the past eight years. Finland nabbed the no. 3 spot, while Switzerland, Canada, Australia, the Netherlands, Sweden, Denmark, and the UK completed the top 10 list.

Meanwhile, Singapore is the highest-ranked Asian nation on the index, coming in at no. 19 this year.

The even better news is that New Zealand has shown openness and perhaps even a marked preference for migrants. So, if you’re looking for a safe haven to wait out the coming years or to settle in for an indefinite time, this country is certainly worth considering.