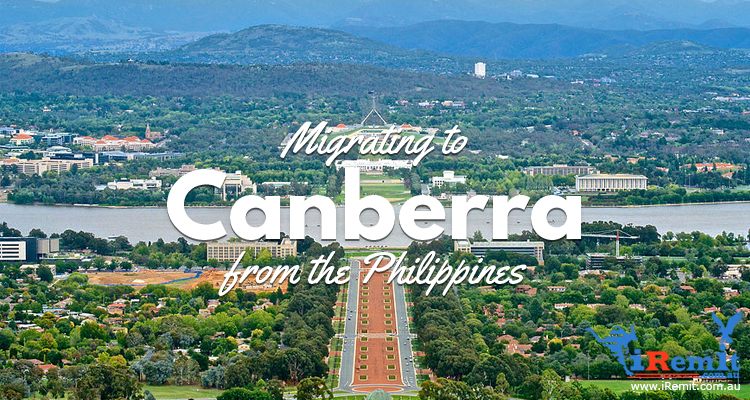 What to Expect When Migrating to Canberra from the Philippines

A lot of skilled Filipinos are making the decision to migrate and work in Australia. One of the top cities to consider is Canberra.

Canberra is the Capital of Australia. It’s a green inland city between Sydney and Melbourne. It is also called the Bush Capital because of the natural vegetation within the city.

Canberra has a population of 381,488 with 25% of it migrants from countries like the Philippines, India, China and other European countries. A growing number of international students are also deciding to study in Canberra over other Australian cities.

It is a convenient place to be based for migrants due to the abundance of work opportunities and the fact that it is within close proximity to Sydney and Melbourne.

The weekly average full-time income in Canberra is at AUD 1,639 – relatively higher than Australia’s average at $1,393 Australian Dollars.  That is 55,726 pesos per week, assuming a 34 PHP exchange rate!

Here are essential things you will have to anticipate with your new life in Canberra:

Expect a Lot of Sunshine

There is 7.2 hour annual daily average of sunshine in Canberra compared to 6.6 hours in Sydney, 5.7 hours in Melbourne and 7.2 hours in Adelaide. So if you love daylight, this city is for you!

Canberra is a quiet and green city. This city will suit you if you prefer living in the country or provinces than populated city areas.

If You Hate Traffic, You Will Love This City

Don’t we all hate Manila Traffic? Luckily, we don’t have to experience this in Canberra.

The average weekly commute time in Australian Capital Territory is only at 3 hours and 30 minutes compared to 5 hours and 45 minutes in Sydney and 4 hours and 48 minutes in Melbourne.

It Is a Young City

The median age of the population is 34 years old. So if you are on your late 20s and early 30s, then this is your city.

If You Want to Immerse With Different Cultures

One of the biggest concerns in working abroad is longing for your family and friends at our home country. But then, as hospitable and adaptive Filipino people, Canberra is certainly for you.

A quarter of Canberra’s population is born outside Australia. This makes it multicultural and open to migrants like you. It is easier than ever to make lasting friendships in this city.

If you are still warming up and shy, don’t worry.  There is a thriving Filipino Community in Canberra. These people know your struggles as a migrant because it may have happened to them as well. They can provide you support for your problems.

With their cultural influence, there are various Filipino Restaurants within the vicinity. The Philippine Embassy is located here. And there is even an established Filipino Radio Station.

It’s as if you never left home.