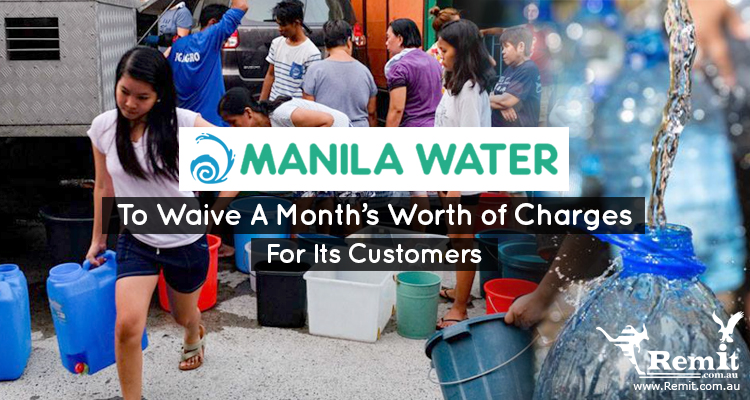 It’s been a rough month for many of Metro Manila’s citizens. Last week, they had to deal with intermittent power outages. Prior to that, a lot of people were unceremoniously cut off from their water supply. Yikes.

Around 7 March, about 1.2 million households serviced by concessionaire Manila Water faced an unannounced water interruption By way of explanation, the company referenced the depleting supply in the La Mesa reservoir, along with the ongoing dry spell.

For more than a week, hence, countless Manila Water had to either ration their supply or go without. The residents of a certain condominium even had to draw water from the communal swimming pool for their everyday needs.

Apparently, the water crisis is far from over, but the utility company is starting to make conciliatory overtures. One of these will involve waiving certain charges for their customers next month.

Last Tuesday, 26 March, Manila Water announced that it would be waiving the minimum charges for all its customers. The one-time bill waiver will apply to its customers’ billing statements for April.

The minimum charge derives from a monthly minimum consumption of 10 cubic meters, regardless of the actual consumption. For parts of Metro Manila and Rizal Province, this translates to Php76 waived for residences. Industrial customers, on the other hand, may expect deductions of up to Php656.

Manila Water will fully waive the April bills of all severely affected households, however. Residents who experienced 24-hour water supply interruptions for 7 days fall under this category, whether the interruptions were consecutive or not.

Bill Waiver To Be Just The Beginning 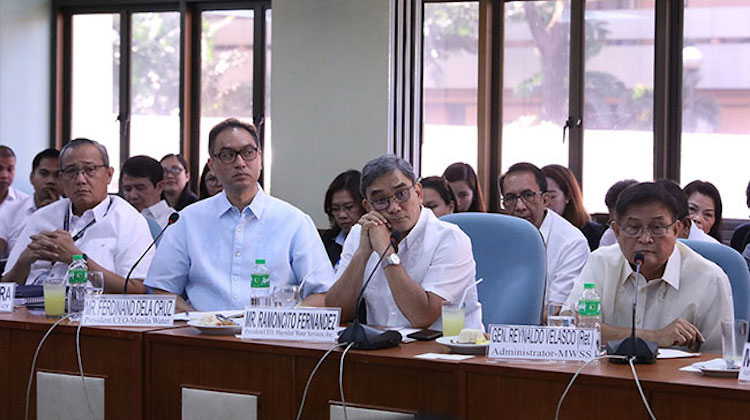 While waiving this month’s minimum charges will cost Manila Water Php150 million, it will not absolve them from any regulatory penalties. The Metropolitan Waterworks and Sewerage System (MWSS) may still impose such for the company’s previous failure to provide 24/7 water services.

“This is separate and on top of what the MWSS Regulatory Office will impose,” the company president clarified.

The east zone concessionaire’s voluntary motion also hasn’t stopped the Senate from seeking an inquiry into the matter. Sen. Grace Poe, chairperson of the public services committee, is still calling for a probe into the roots of the problem and for comprehensive solutions.

Sen. Risa Hontiveros, meanwhile, also suggested that Manila Water reimburse the public hospitals affected. According to the Department of Health (DOH), six of them incurred losses totaling Php4.116 million during the shortage.

In the meantime, Manila Water will continue to explore options for further securing the water supply.