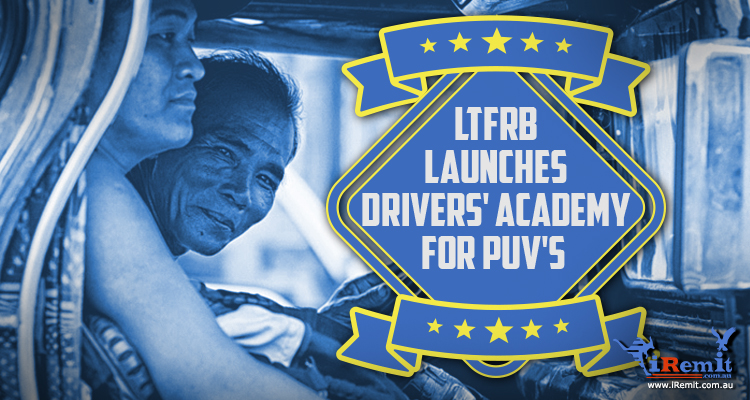 They say that the Philippines is the Italy of Asia. It’s got good-looking citizens, delicious food, devout Catholics……..and the worst drivers on the planet. (Well, you can’t really have it all now, can you?)

If Manila traffic is any indication, then the latter part of that comparison is certainly true. Ask anyone who has to commute or drive to and from work every day, and you’ll hear the same story: private cars, public buses, and jam-packed jeepneys all jostling for position, loudly honking their horns and raising their middle fingers if they don’t get their way, public utility vehicles (PUV’s) stopping anywhere they want to, even if it happens to be in the middle of a busy thoroughfare, and so on.

Heavy traffic has plagued the Philippines’ capital city for so long that the government has exhausted various policies in trying to solve it, from coding restrictions to banning Uber for a month. (Yes, really.) Their latest proposal, on the other hand, is far less drastic, yet seems to have more potential.

The Drivers’ Academy was piloted in Manila, specifically at the LTFRB Central Office in Quezon City. Classes are held every Thursday and Friday, from 7 am to 5 pm. The student-drivers attend free one-day sessions on road safety measures such as seatbelt usage, traffic laws, traffic signs, as well as anger management. (All the better to prevent incidents of road rage.)

Since the LTFRB has released a memorandum circular requiring all PUV operators to have their drivers re-trained, those who fail to enroll in classes at the Driver’s Academy may lose or be removed from their jobs.

“We are hoping that this is the solution for us to have safety on the road, we start with those who are behind the wheels, because if they…know proper skills, we are assured that public utility vehicles nationwide are on the same page.” LTFRB Spokesperson Atty. Aileen Lizada was quoted saying.

As of this writing, around 100 PUV drivers have participated in the initial training seminar at LTFRB Quezon City, with some of the attendees hailing from companies like Partas Bus and Victory Liner. An examination was given to all who attended the session, and the regulatory body set 75% as the passing grade (though those who failed were given a chance to retake the exam.) Those who passed were issued identification cards certifying their successful undertaking of the Drivers’ Academy Course.

The seminar training is now set to be replicated in all LTFRB regional offices nationwide, with the goal of training the drivers of more than 400,000 registered PUV’s in the country within a year after the Drivers’ Academy was launched.

To make sure that all PUV drivers will comply with this new directive, the LTFRB will check the driver’s lists of registered and authorized operators. A database compiling the employment histories of and pending complaints (if any) about existing PUV drivers is currently in the works as well.

One can only hope that this new initiative will not only lessen the sheer amount of daily traffic clogging our roads, but will also reduce the frequency of accidents caused by reckless driving.