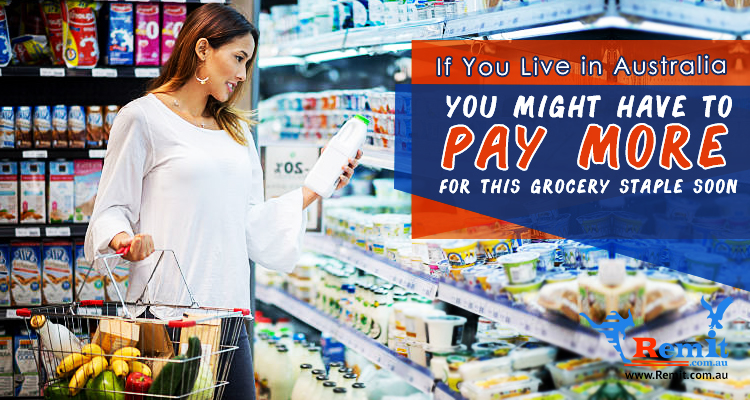 By Serena Estrella in Life in Australia
September 10, 2018

If You Live in AU, You Might Have to Pay More for This Grocery Staple Soon

Looks like the sugary soda won’t be the only beverage facing quite a significant change in Australia.

Supermarkets Down Under are currently facing a lot of pressure to levy an additional ten cents per liter on the price of milk. The national campaign was conceived by the Queensland Dairy Organization (QDO) amidst fears that farmers would be forced out of the industry due to drought and the rising costs of grain.

“It’s the farmers that have suffered with the drought and we’ve been locked into AU$1 a litre as an anchor of the price since 2011,” QDO President Brian Tessmann was quoted saying, “Some farmers had a limit where if grain became AU$400 a tonne, they would pull the pin and that price is way over that now.”

While ten cents doesn’t sound like much, many dairy farm owners have said that if the levy were passed, it would mean an instant truckload of hay for many of them instantly. Some QDO officials have also proposed gradually increasing the levy to 20 cents if the initial motion is passed.

While the petition has since garnered more than 3,000 signatures since its online launch last Monday, supermarket chains Coles and Woolworths have yet to declare their support, both citing concerns about how there is no guarantee that the increase in the price of milk would flow on to farmers.

Major daily processors like Norco and Parmalat, however, did pledge to pass the profit on to the dairy farms.

Given the urgency of the situation, it’s highly likely that the government will step in to mediate matters soon, although a suitable arrangement between processors and retailers remains critical to ensure that the local dairy farmers make it through.

Should the issue remain unaddressed, other dairy products will inevitably get affected by the milk shortage. Bega Cheese, for instance, has warned that the drought’s increased pressure on the dairy farmers will make the competition among companies that process milk into other products even more intense.

One can only hope that both the private and public sectors will come to an agreement soon, and that the latter can provide the local dairy farmers with much-needed relief.

Would you be willing to pay an additional ten cents per liter of milk at the grocery? Why or why not? Let us know in the comments below.