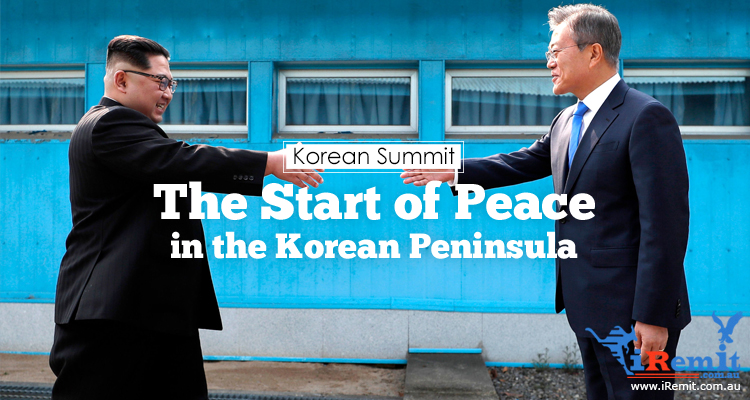 Korean Summit: The Start of Peace in the Korean Peninsula

The people of the North and South Korea have been in conflict for almost 65 years. Spanning over three generations, will this be the end of a long enduring war? With the Korean Summit last April 27, 2018, it surely is a start.

Where It All Started

The war started on the precipice of World War II. Because of the Tehran Conference, the Soviets declared war against Imperial Japan after a day following the bombing of Nagasaki. It is due to the agreement that the Soviets will enter the war against Japan after the defeat of Nazi Germany.

Imperial Japan has surrendered. This event allowed the US to situate their soldiers in the southern part of Korea and the Soviets rule the northern part ultimately divided in the 38th parallel. The lines are intended to be temporary divisions of the country.

With existing acting governments for both the north and south, conflict of control was bound to happen, especially during the Cold War under South Korea’s President Syngman Rhee versus North Korea’s Kim Il-sung.

The war between the north and south ensued. The upper hand from both sides switched to favor one side to the other, and vice versa. This is slowly becoming a battle of attrition.

The fighting ended on July 27, 1953, with an armistice and created the Korean Demilitarized Zone as we know today.

Out in history, nations battled to assert who reigns strong amongst all of them. But this bloodshed isn’t necessary in the modern world. With the creation of the Olympics, our human tendency to contend for “hierarchy” is satiated.

But this was not the case in Pyeongchang. The Winter Olympics showed a demonstration not of power but of unity. That nations in a rift can still make amends and prosper in the future.

In the opening of the Winter Olympics, participants from the North and South Korea marched the ice rink under the unified flag of Korea. Chuang Guam Hwang of North Korea and Yunjong Won of South Korea were joint flag bearers for both countries.

But this is just the beginning. Who would have known that what started out as just a public expression will turn out to be a mark for further peace soon after?

After just a few weeks, the world was moved again by the gesture of both nations. Everyone was watching as the first ever North Korean leader set foot across the Peninsula’s infamous divide.

President Moon Jae-in welcomed Kim Jong Un as both cross towards the Peace House. In a symbolic meeting in all respects, everything is well thought out. From the walk to the Peace House, to the furniture and ornaments in the summit room, even the food served, it was all towards a metaphor of reconciliation and rekindling friendship amongst their race.

The world leaders signed the Panmunjom Declaration for Peace, Prosperity, and Unification on the Korean Peninsula. It brings both countries to formally stop conflict and to the denuclearization of the North.

The meeting ended with a symbolic tree-planting ceremony. A pine tree from the 1953 (the start of the Korean War armistice) was planted in the DMZ zone. Soil from the Mount Paektu in North Korea was used by Kim Jong Un while Moon Jae-in used soil from a mountain in the Southernmost part of Jeju.

The growth of the pine tree will eternalize the peace and the hopefully right decisions they made on this remarkable day.

Both nations have been in touch together before this momentous event. Before the meeting, there was an installation of the first-ever hotline between both the top leaders of the Korean Peninsula.

Back then, only the telephone line in Panmunjom exists for communications between the countries. And this was even cutoff during times of glaring dispute. A direct line with the leaders is certainly a sign of peacekeeping.

Also, the Pyongyang time (30 minutes later than Seoul Time) will be reverted back to the same time zone as before. The change in time was brought about by the end of Japanese occupation. But such move is not needed now as the North Korea and South Korean war is coming to a close.  Reverting back to the same zone will provide better communication with South Korea and the rest of the world.

Furthermore, the North and South pledged on opening a liaison office in the North Korean border town of Kaesong. This office aims to reunite families separated by the Korean War. A touching display yet again that you can’t help but restore your faith in humanity.

Hoping for the Best

But not everyone is optimistic about this. The former head of Korea Kim Il Sung and Kim Jong Il promised similar treaties during their regime but ultimately failed. Will Kim Jong Un use the same tactic?

We can only hope for the best. The two Koreas will be setting a meeting with the United States, and possibly China, to formally put in agreement the end of this war. To scrap the armistice and replace with a peace treaty.

The US and Japan are still imposing their sanctions. They are still watching each party’s next move until everything is finalized and concretized in actionable steps, especially the denuclearization of North Korea.

The summit will be expected by late May or early June.