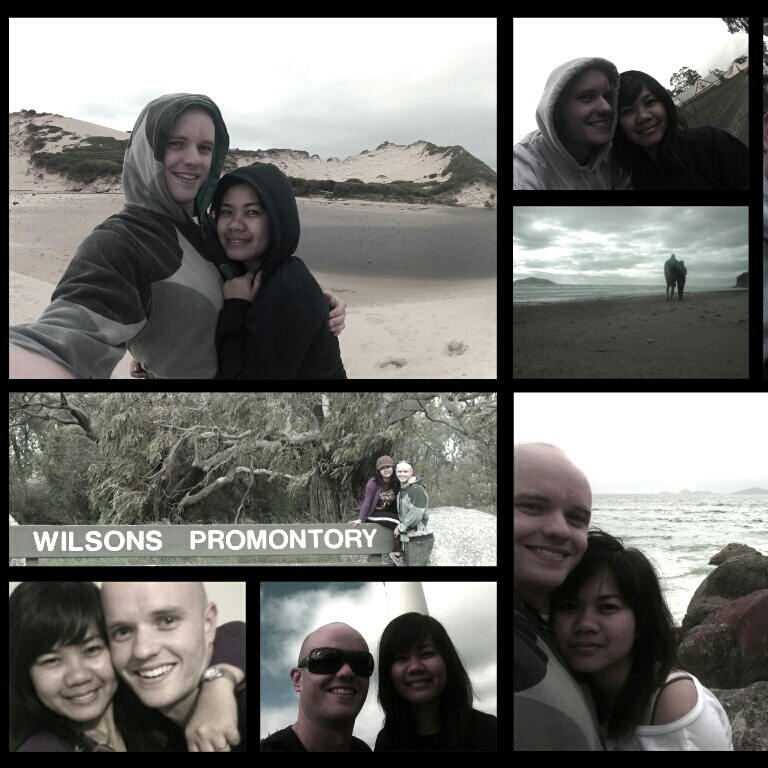 This post is an entry from Life in Australia Story Writing Contest by Jingky Lehmann.   I went to Australia for a 3-month vacation on August 2012, and was sponsored for a visa by two of my aunties who lived there. Since they both lived in Victoria (one in Wangaratta and another in Cragieburn), I alternately stayed with each of them. I would commute by train so that no one had to drive me that far, but I was often scared about missing my stop at first.   One afternoon, my aunt’s Aussie husband registered me on this online dating website. I had been on a few dating websites in the Philippines, but I never really got to personally see any of the people I met on them. So, I never thought of online dating as real, or that you could meet the most amazing person through it.

After a few weeks of exchanging letters with a man named Ben, we finally decided to meet. He came to my auntie’s house in Cragieburn on the 6th of September, and we went out to a nearby pizza place called La Porchetta.   After that, we saw each other almost everyday. On weekends or after he got off work, Ben picked me up from my auntie’s house and we went to the city, the movies, camping at Wilson’s Prom, his family’s country property, and Sovereign Hill. We also went with my auntie and her family to some tourist spots like Phillip Island, Great Ocean Road, 12 Apostles and Warnambool – It was an amazing experience.   My vacation in Australia was the most exciting and the most memorable thing that had ever happened to me. When I thought about the day I had to go back home to Philippines, I couldn’t imagine leaving Ben at the airport. But I knew that day had to come, and the 30th of October that year was devastating because of it.   Our long-distance relationship seemed hard at first, but eventually, we were able to manage it well. We used Tango, Viber, Skype, and regular calls or texts to contact each other every day. The time difference was perfect too, as we slept and woke up at almost the same time (I worked in a call center).

To end the story, Ben made a few trips to the Philippines before I went back to Australia to marry him. We’ve been married for two years now, and we bought a house together. It was a life-changing trip indeed.