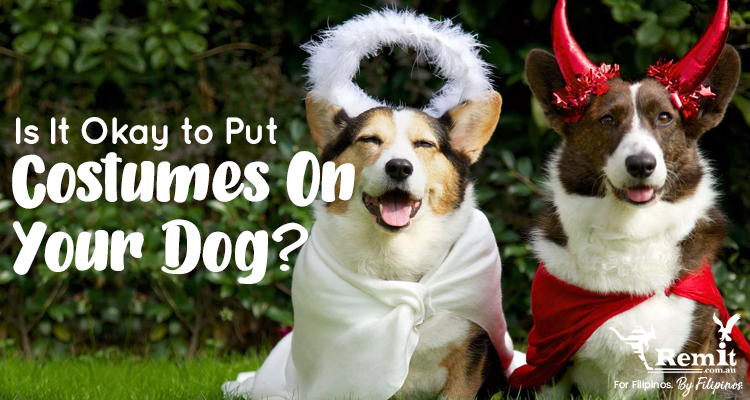 Is It Okay to Put Costumes On Your Dog?

In the Age of Social Media, people will do anything for likes. Lots of people take selfies of themselves in provocative clothing, at the gym, and in the midst of pulling ridiculous stunts. (PSA: Don’t eat Tide pods. Seriously.)

Sometimes, this whole charade even extends to one’s pets. Given how almost everyone goes gaga over doggos, videos of them doing all sorts of things are practically clickbait.

Also, as it’s not unusual for millennials to prefer dogs to babies (I second that), we often tend to treat the former like our kids. This can mean spoiling them with treats, grooming them constantly, and even playing the odd game of dress-up.

I kid you not on that last bit. If you type in “dog costumes” into your search engine, you’ll find a variety of outfits that can turn your pup into a pug or a lobster. Sure, these costumes look as cute as they sound, but should you put your pet in one?

How Doggy Costumes Could Do More Harm Than Good 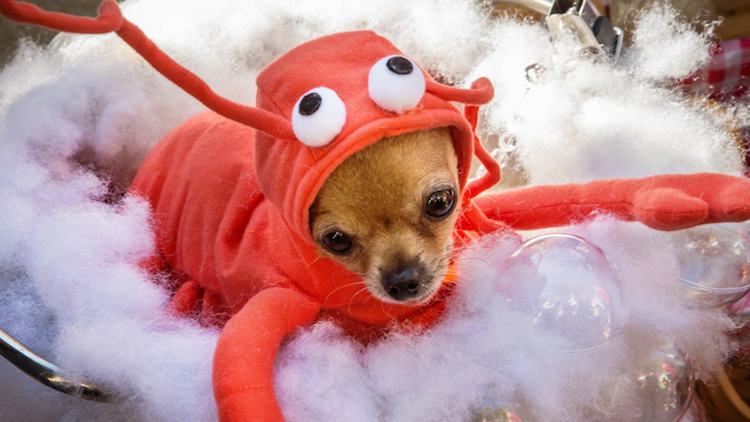 You shouldn’t, according to one expert on the subject. Nat Ingham, Battersea Dogs & Cats Home’s canine behaviorist and training manager, is adamant that putting a costume on your dog is actually harmful.

Ingham compares the practice to cropping ears or docking tails, both of which are currently banned. This is because costumes can make it hard for dogs to communicate via body language. As they can’t exactly talk, using their bodies to make subtle cues is the only way they can convey discomfort, hostility, or friendship to humans and other dogs.

“They communicate so much through body language…. all of a sudden you’ll get a dog that’s looking at one going, ‘what on earth, I don’t know – are you friendly, are you not friendly are you staring at me?’”

For instance, most dogs express themselves by wagging their tails or curving their bodies in a certain way. If you drape a costume over them, you could be obscuring the motion of the said parts.

Is It Ever Acceptable to Dress Up Your Dog? 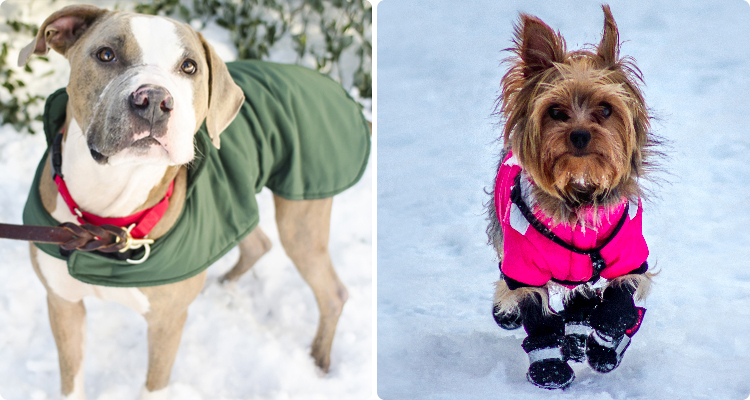 That said, Ingham does acknowledge that some dogs might need clothing under certain circumstances. Climate, for one, certainly plays a role here.

If you’ve got a dog with, let’s say a short coat, and it’s freezing cold, you may want to put them in a coat and boots. She does warn, however, that your dog might not immediately take to it.

“But it’s really about getting them used to wearing those items… those coats and jackets and things really gradually… [till] it’s natural … for them…..and they’re happy with it.”

Dogs, like babies or children, can be adorable, but they also come with a lot of responsibility. So, whether you’re looking after your own or someone else’s, be mindful of the dog’s needs whenever you feel tempted to dress it up for the ‘gram.