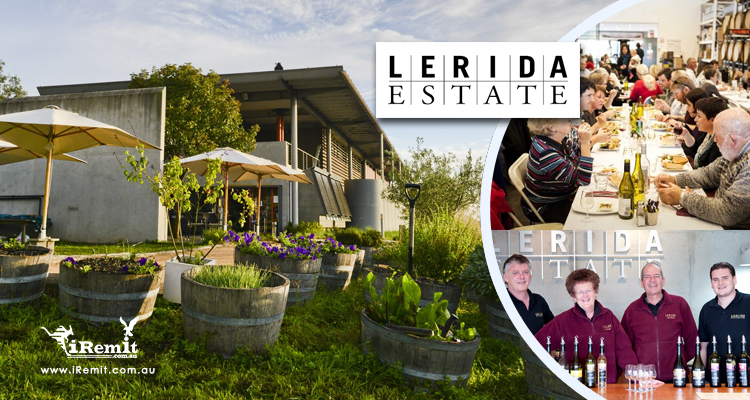 By Anna Agoncillo in Life in Australia
October 10, 2016

Designed by the renowned Australian architect Glenn Murcutt, Lerida Estate stands out from the rest. It boasts not only a spectacular building but also a wide array of wines that suit all budgets and tastes.

On that note, here are the 5 Interesting Facts About The Award-Winning Lerida Estate:

1. It Spans For Nearly Two Decades

The legacy of the Lerida Estate spans for nearly two decades as it emerged in 1997. Jim Lumbers and Anne Caine carefully selected the pastures on the Lake George Range due to its viticultural and tourism potentials. They began by planting 19.6 acres of vines that follow this distribution:

2. Its Name Is Historical

The Lerida Estate is located at the base of Lake George Range’s steep slope. There is a story behind the conception of its unique name.

Major Thomas Mitchell, a Scottish-born surveyor and explorer of Southeast Australia, first gave the name Lerida to the Lake George region. Do you have any idea why he named it “Lerida”? I am giving you a few seconds to think.

He came up with this name as the creek near to Lake George reminded him of Lérida, a mountainous province in Spain.

3.  It All Started With Pinot Noir

Have you ever loved something deeply that you cannot get enough of it? That is the magic of Pinot Noir to Jim Lumbers. The product of his longstanding passion with this grape was manifested in the Lerida Estate.

Although Pinot Noir alone is an outstanding grape variety, Jim and Anne realized that it is not enough to run the business (at least in Australia). This is why they produced a myriad of red and white wines ranging from “casual” wines to “premier” wines. They carry Merlot, Pinot Gris, Chardonnay, Shiraz, Viognier, and Cabernet Franc.

5. It Was Designed A Distinguished Australian Architect

Choosing distinguished Australian architect Glenn Marcus Murcutt to curate the winery was one of the best choices that Jim and Anna made.

Eager to get your very own bottle by Lerida Estate’s winery?

Sample cool climate wines, buy bottles from the cellar door, or have some delivered to your doorstep by using the information below.

Operating Hours: 10am – 5pm except Christmas Day and Good Friday