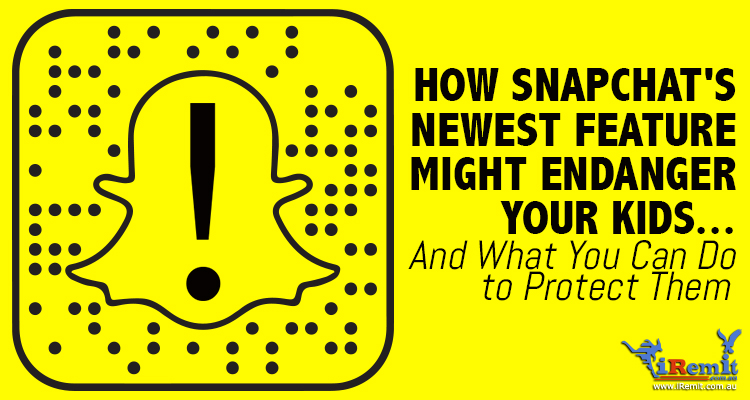 By Serena Estrella in Home and Family
July 5, 2017

Apart from the odd post on Facebook, I’m not really active on social media. I haven’t got an Instagram, Twitter, or Snapchat account, and have got only a vague idea of how they work. Frankly, I prefer it that way: there’s no evidence of my rookie hair and make-up mistakes, or brief preoccupation with the Twilight series (ugh, I cringe just thinking about that time of my life) anywhere online.

Jokes aside, what really makes me iffy about social media apps is how they can compromise your privacy, and Snapchat’s latest update is potentially alarming in this regard.

The “Snap Map” is a stylised map that reveals the location of SnapChat users in real time, as illustrated by something called an Actionmoji. Snapchat reportedly paid out USD100million to acquire the technology for these drawings, which are based on users’ bitmojis and are generated according to a user’s actions while s/he is using the app. (For instance, if you are driving, the Actionmoji indicating your location would be a moving car. If you are listening to music, it would be a pair of headphones, and so on).

SnapChat announced the new update as “a whole new way to explore the world! See what’s happening, find your friends, and get inspired to go on an adventure.” Whimsical as it sounds, this new feature also has some parents worried over how it puts young SnapChat users at risk, specifically children and teenagers who are unaware of the inherent dangers of location-sharing.

What the press release doesn’t tell you is that if you choose to share your location on the map, it is updated every time you open the app. Your location can also remain on the map for up to 8 hours if it doesn’t get updated (i.e., if you don’t open the app within that time frame), and it will be visible to all your SnapChat contacts until then.

The thing is, this exposes a user to host of dangerous possibilities even if they don’t publicly post a Snap. A contributor to the online publication The Verge wrote about a friend who was unaware that she had Snap Map enabled after the latest update. A Bitmoji then showed up on the writer’s SnapChat account indicating the said friend in a residential area. Upon zooming in on the SnapMap, one could see the intersection where she lived, and the feature was even able to narrow down her residential address down to three house numbers on the nearest street. And every one of her Snap contacts could see it.

Imagine if it had been your child. What if s/he was walking alone late at night and happens to open up a Snap message from a friend? Or if s/he was home alone and was simply browsing for Snaps posted by friends? In any one of these scenarios, your child’s precise location would be immediately be visible to all of their Snap contacts, some of whom might include potential bullies, stalkers, or worse.

Fortunately, there are two things you can do to keep your kids safe.

One is to sit them down and have them consider what sort of things they typically share with their friends. Talk about what the feature means for their usage, and discuss how they should review their contacts list periodically, such as when someone ceases to be their friend.

Another is to teach them about “Ghost Mode,” the SnapChat feature that makes a user’s location invisible to all their contacts. This can be enabled by selecting it upon the initial walkthrough, or by tapping the settings gear on the top right corner of the Map and selecting “Ghost Mode” if you’ve already enabled location sharing for Snap Map.

Social media can be a wonderful thing. It can open up the world for you, and help you stay in touch with your loved ones from all over the world, but it does come with a price, which is constant, unceasing vigilance when it comes to the dangers hidden in certain updates that your favorite platform occasionally rolls out.