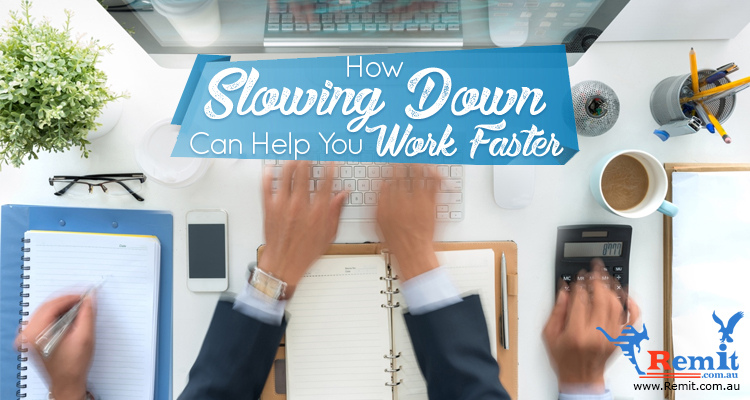 By Serena Estrella in Business and Career
February 18, 2019

How Slowing Down Can Help You Work Faster

I realize the title sounds self-contradictory, but bear with me.

There are a lot of theories out there on how to maximize your productivity. “Working smart” is an oft-repeated phrase, as is eliminating all distractions . And well, those things do ring true.

Today, however, we’ll be discussing something slightly different: knowing when to slow down. 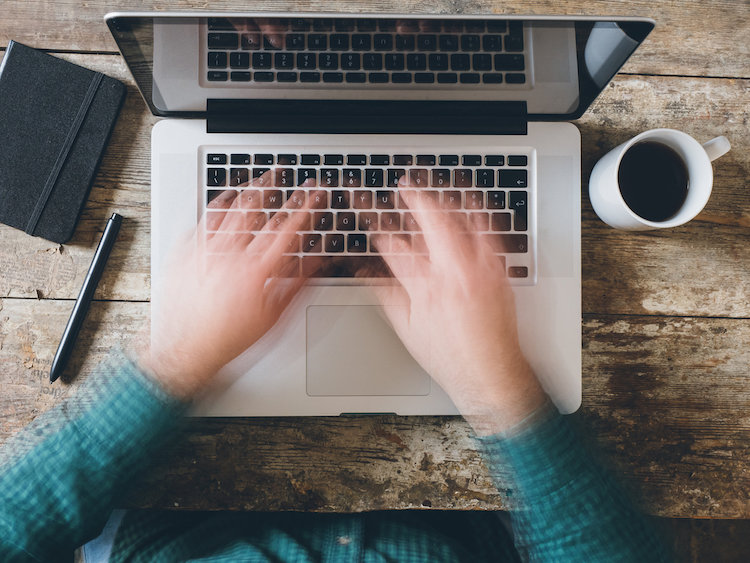 The legendary UCLA coach, John Wooden, would always tell his basketball players to “move fast, but never hurry.” To make sense of this, let’s differentiate between the two.

When we hurry, we tend to do things haphazardly. The main goal here is simply to get things done. This is usually fine, but it does come with a cost. Hurrying often sacrifices mindfulness, which is what helps us remember crucial things and make better decisions. Oftentimes, in the mad rush towards the finish line, we lose sight of the actual goal.

More often than not, this requires us to go back to square one. Hardly efficient, is it?

In contrast, moving fast is for getting things done properly in the soonest possible time. It merges fast action with purpose. Purpose. That’s the key word here. You want your actions to be both speedy and deliberate so that you don’t have to look back when you do finish.

But how do you accomplish that?

How Going Slow At the Beginning Pays Off Later On 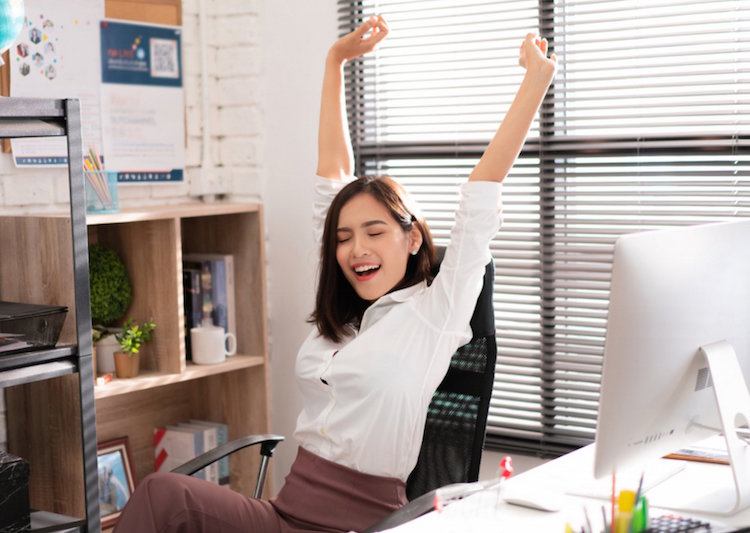 This is where the going slow part comes in. When faced with a task, do you dive right in? Or do you step back for a bit and consider the bigger picture?

Take writing, for example. One of my co-writers once told me that he felt pressured to keep up with my pace. He said he had difficulty finishing an article in two days, whereas I tend to produce one in four hours.

My answer, of course, had a lot to do with what you might call slow work. For starters, it took me years of careful, purposeful practice to be able to craft articles at the drop of a hat. Prior to joining RemitAU, I was working for a slavedriver who required me to write 5,000-word ebooks within 24-hour deadlines for months on end. The pay was utter crap, so I resigned after a year.

However, I earned some pretty useful skills from that laborious time. Now, they are proving to be especially handy.

Secondly, when I start working on each day’s article, I take a moment to understand the assigned topic. Usually, I like to keep a steady pace during the first couple of hours on my shift to read the source material, steadily taking in each word until I know enough on the topic to write about it.

Everything else that comes after that is mostly mechanical. So, really, what appears to take me a little over an hour to create is actually formed in thrice that time.

We all know that working fast is just half the equation. After all, what’s the point in finishing quickly if your output is substandard?

“Slowing down,” so to speak, helps you refocus and to clarify your end-goals. After that, speeding up doesn’t just become easier, it turns out to be more effective too.