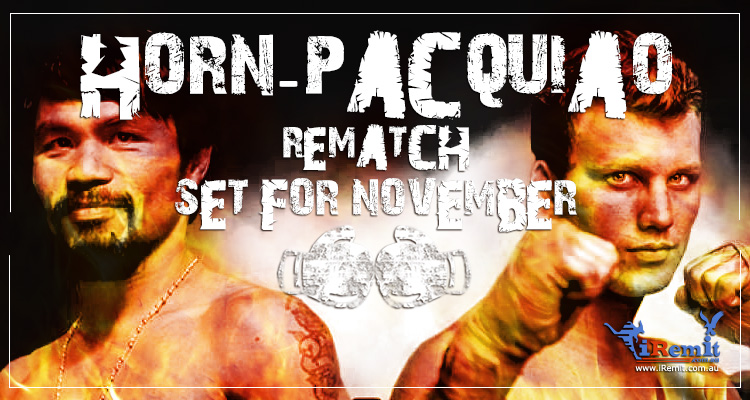 Are you among the majority of Filipinos smarting from the results of Pacquiao’s latest boxing match?

If so, you’ll be thrilled to learn that a rematch with the Australian boxer Jeff Horn is on the cards.

Given Pacquiao’s extensive fan base worldwide and the fact that the verdict was due to a unanimous decision rather than a knockout, Horn’s win resulted in a hysterical reaction from US and Filipino boxing fans who believed that the title should have been awarded to his opponent.

The furor was such that the Philippines Games and Amusements Board (PGAB) called on the WBO to have the match between Pacquiao and Horn to be reviewed and re-scored, citing possible miscalls by the referees and judges. The latter obliged, and five anonymous judges reviewed the fight.

Majority determined that the Australian won the first, second, fourth, sixth, seventh, tenth, and twelfth rounds while upholding that Pacquiao had the advantage in the remaining ones.

Results from the WBO review were then cross-referenced with the scores given by Waleska Roldan, Chris Flores, and Ramon Cerdan, the original judges, thus confirming that Horn won six rounds to four, with the other two considered draws.

Unsurprisingly, the Queensland native felt vindicated by the news, which he received prior to boarding a US flight for the Excellence in Sport Performance Yearly (ESPY) Awards held on Wednesday in Los Angeles. Pacquiao was understandably less pleased, and despite claiming that he respected the judges’ decision when interviewed immediately after the Brisbane match, eventually changed his tune and cast aspersions on the fairness of the scoring as well on the current welterweight champion’s boxing prowess.

Still, the WBO reiterated that the only way the judges’ decision would be revoked is if fraud could be proved in the officiating process, and it seems as though the results of the re-scoring have scuppered that.

Instead, a much-anticipated rematch between Horn and Pacquiao is set to take place in late November. This time around, the Boondall Entertainment Center will serve as the venue, with the unpredictable weather making it too risky to hold the match at the outdoor Suncorp Stadium.

As Boondall’s capacity is at a scant 15,000 compared to the 50,000 turnout at Suncorp, ticket prices are expected to skyrocket due to the demand.