By Samantha Baluyot in Traveling to the Philippines
December 10, 2019

History Behind the Names of Every Metro Manila Cities

Have you ever wonder where a name came from? Like, what’s the story behind a certain name and what does it mean? For example, do you know why your city is named that way?

Metropolitan Manila or Metro Manila is officially the National Capital Region is composed of 16 cities and a municipality. It was established in 1975 through Presidential Decree No. 824 to sustain the growing population and for the creation for the center of political power and the seat of the Government of the Philippines.

And if you’re wondering how do these cities earn their names and what are the stories behind it, then you came to the right place. Here, you’ll learn legends, stories, and weird theories about the names of every Metro Manila Cities.

The City of Manila is the capital of the Philippines and a highly urbanized city. According to one famous story, the name Manila was derived from the words “May Nila(d)” or there’s Nila or Nilad in that place.

Nila/Nilad refers to a stalky rice-like plant with flowers of bright white and yellow that was said to be abundant in the bay near the river where the old Maynila was located.

Caloocan, the first-class highly urbanized city in Metro Manila got its name from the Tagalog word, “Kasuluk-sulokan” which means innermost area. It was then Hispanicized to Caloocan but some of the locals spell it as Kalookan.

The Las Piñas, known as the home of the famous Bamboo Organ Church got its name from two different stories.

The first one is from the pineapples or “Piña/Pinya” that were being shipped by traders from southern Luzon. The other story says that its name came from “Las Peñas” or the rocks since it has a quarrying ground before. 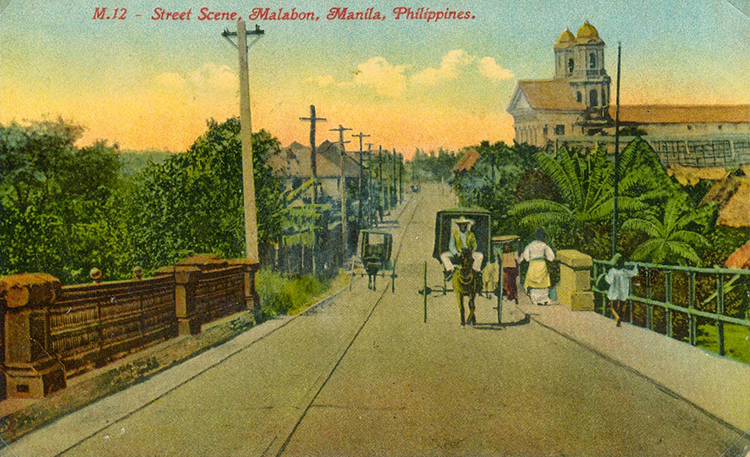 The name of Malabon has a simple history. According to some locals, the origin of its name came from the Tagalog word, “Maraming Labong” (plenty of bamboo shoots) since it has an abundance of bamboo shoots in the region before it was urbanized. The story goes like this, a Tagalog at a swamp on the south of the Pasig River was asked by a visitor, who was Miguel López de Legazpi, for the name of the place. As a result of the language barrier the question was misinterpreted; the Tagalog pointed to the receding tide of the Pasig River and answered “Makati, kumákáti na” (Ebbing, the tide is ebbing).

Mandaluyong’s name has three versions. The simplest one is that its name came from the tree called “Luyong” now more commonly known as Anahaw.

The other story claims that the Spaniards named the place based on the report of a navigator named Acapulco, who saw the rolling hills frequently being lashed at by “Daluyong” (big waves from the sea).

While according to legends, the name Mandaluyong came from a Maharlika noble named Luyong who fell in love with Manda, the lovely daughter of a barangay chieftain. Of course, just like any love story, the couple fought for their love. After that, they settled in the place which was later called “Mandaluyong”. Unfortunately, there were no records about the origin of Marikina’s name but it has lots of stories about its origin.

One story says that one of the builders of the Jesus Dela Pena Chapel was a young priest named “Mariquina”, who was given the task of baptizing children to Christianity. Because of this very noble job, Mariquina was named in his honor.

While others say that the word, Marikina came from the Tagalog word, “Marikit na” or it’s beautiful. The story goes like this:

Construction of the chapel of Jesus Dela Peña was supervised by a Jesuit priest, and the laborers were Filipinos. As expected, the language barrier resulted in the usual misunderstandings. When the chapel was completed and the priest asked what the structure would be called, one worker answered “Marikit-na-Po”, thinking that what was being asked was the condition of the chapel. 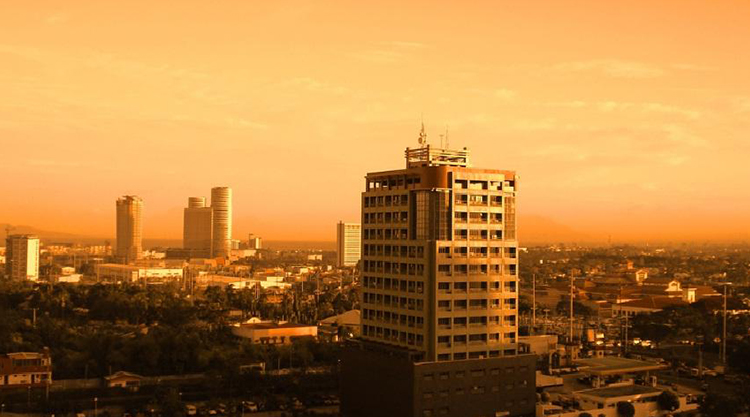 When we say Muntinlupa, the first thing that we think about is the Ayala Alabang Village. This village is one of the country’s biggest and most expensive residential communities, where many of the wealthy and famous people live.

Legend says that Navotas was once part of Malabon but since that town was eaten away by the sea, an opening was made and the water began to flow through it. This change became the origin of its name, “Butas”, “Nayon ng Butas”, or “Nabutas”, a Tagalog word that means breached or pierced through.

The story behind Parañaque’s name also involves a Spaniard, a Filipino and lots of misunderstandings.

So there was this Filipino coachman who was driving around Spaniards on a horse-drawn coach. When the Spaniards asked him to stop, saying “Para Aqui, para Aqui,” which means “Stop there, stop there,” the Filipino didn’t understand them and kept going, but the phrase stuck. 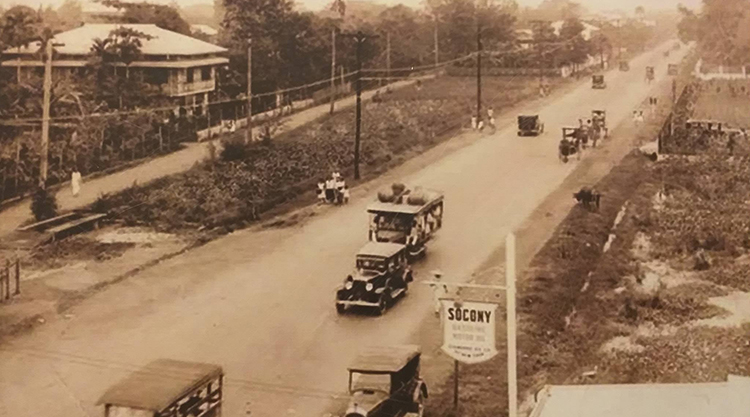 The origin of Pasay’s name came from a tragic love story of Paz and Jose. Again, the couple was forbidden to be with each other, unfortunately, Paz died and Jose cried “Paz-ay!” at her funeral.

Another story claims that Pasay got its name from a princess named Dayang-dayang Pasay. She was a princess of the Namayan Kingdom that existed around the year 1175. 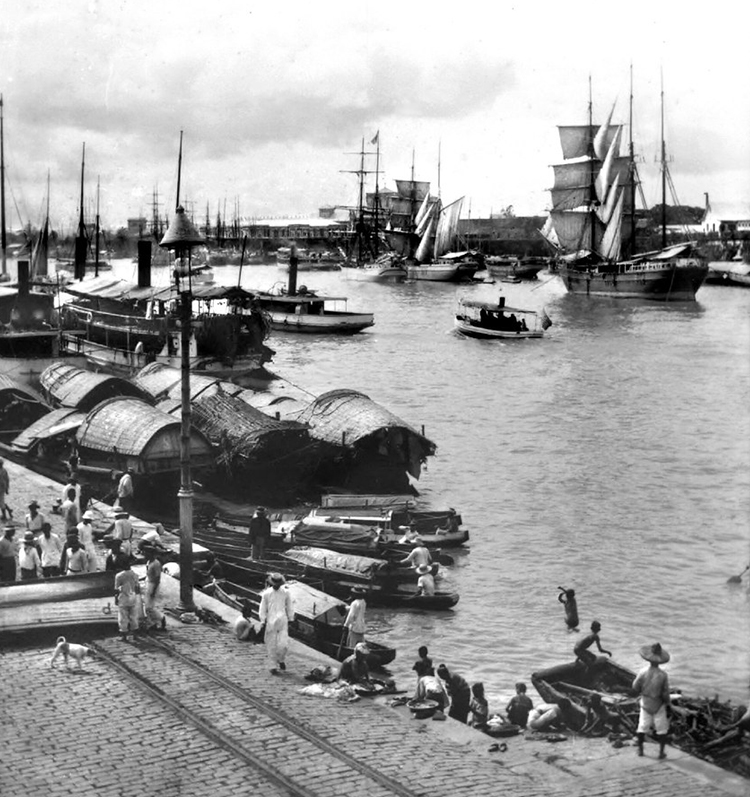 According to Jose Villa Panganiban, the former director of the Institute of National Language, “Pasig” is another ancient Sanskrit word meaning “a waterway coming from one body of water to another,” which briefly describes the river because its flow starts from Laguna de Bay, leading to Manila Bay The name Pateros was derived from the word “Pato”, the duck that lays the eggs for balut making, and “Sapatero” meaning shoemakers, both the main industries in the Philippine Pateros. Simple as that. The most obvious one, the city of Quezon. The city’s name was derived from former president Manuel Quezon while he was in office in 1939. He never signed the bill, but it was passed into law after the efforts by the National Assembly of the Philippines. San Juan city got its name from Saint John the Baptist and its topography. The city’s original full name is San Juan del Monte, which refers to the hilly terrain of the area. 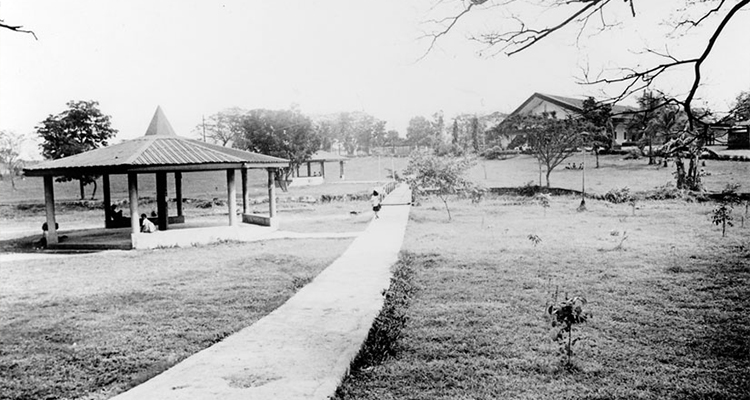 A couple of years back, Taguig was a place where farmers and fishermen live. They were referred to as “Mga Taga-Giik,” (Tagalog for “rice thresher”). Spanish friar Fray Alonso de Alvarado, together with conquistador Ruy López de Villalobos who crossed Pasig River to reach the city’s present site in 1571, found “Taga-Giik” difficult to pronounce. “Tagui-ig” was later shortened to its current form “Taguig”.

Last but not least, the city of Valenzuela. The city’s name was very historical, it was derived from the surname of Pío Valenzuela y Alejandrino, a Tagalog physician and was one of the leaders of Katipunan. He was one of the members of the Katipunan who started the Philippine Revolution against Spanish colonial authorities in 1896.

Nowadays, people are not that interested in history and origins. Some of us might think that we can just search it on Google if we need it. But what others don’t know is that we must still treasure our roots because that history made us who we are. And as a Filipino, our history is very important to us.

Did you enjoy learning the origin and history behind the named of every Metro Manila Cities? Or do you know other stories about them? Share your stories on the comment below! What NOT to Pack in Your Carry-on Bag