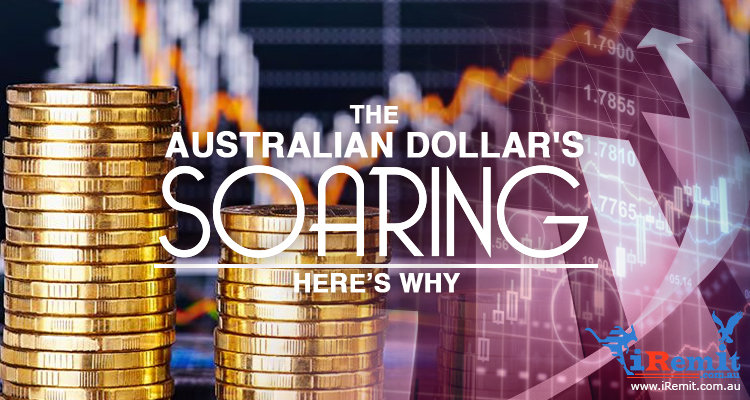 If you’ve been a loyal ka-iRemit (in which case, you have our wholehearted thanks), you may have received emails from us about the higher value of the Australian dollar recently. While that might not be good for incoming tourists, it’s undeniably a boon to the hardworking OFW community in Australia and everyone else sending money to the Philippines from there.

So, what’s behind this current surge in value? More importantly, will it last?

As of now, Australia offers some of the highest interest rates in the Western world. With the Reserve Bank of Australia (RAB) still keeping interest rates on hold at 1.5 percent, this is likely to remain the trend, making the Australian dollar a very attractive vehicle for global investors to buy into for optimized returns.

And speaking of global investors…

2. Favorable comparison with other industrialized countries.

Thanks (or no thanks) to President Trump’s rather disappointing first news conference last month, there has been a renewed uncertainty about the future of the US dollar and other currencies with growth rates directly proportionate to it. As the 45th President’s first public address failed to elaborate on the favorable fiscal policies that Trump promised prior to his victory, the greenback’s value fell against that of other major currencies, including the Australian dollar.

Since the interest rates in Europe, Japan, and Canada are unlikely to rise anytime soon, interest and, as a result, demand for the Australian dollar will probably increase.

Bulk commodities like iron ore and coal dominate a significant part of Australia’s export market, so when the price of commodities increased last year, the industries that contribute to such enjoyed a windfall gain in earnings.

While the receipts for foreign currency exports increase, so does the need to convert much of the proceeds into Australian dollars. This, of course, further increases the demand and the value of the said currency.

Now, how long can this upward trend continue?

No one can say for sure, but the Australian dollar will probably remain strong unless the RAB announces a drop in the interest rates and/or the price in commodities like coal will drop.

Until then, you can take advantage of the Australian dollar’s surge in value by sending those remittances to the Philippines and taking advantage of iRemit’s upcoming promos and affordable flat rate of AU$7 per transaction, kabayan.