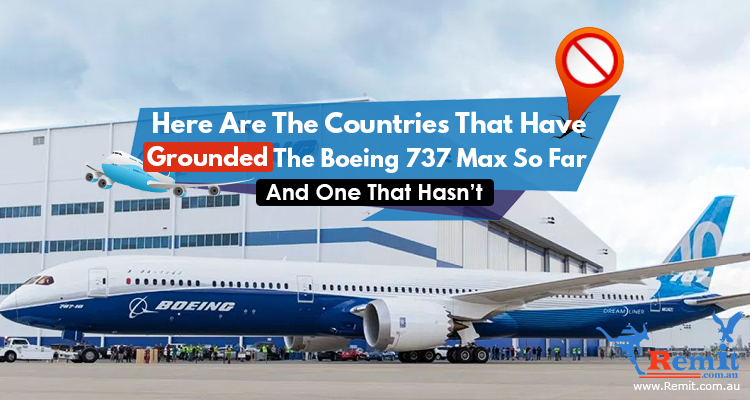 Last Sunday, Ethiopian Airlines Flight ET302 crashed minutes after taking off from Addis Ababa. There were no survivors.

Less than six months prior, one of Lion Air’s domestic flights encountered the same fate. On 29 October 2018, Lion Air Flight 610 crashed into the Java Sea 12 minutes after takeoff. All 189 passengers and crew onboard perished.

As both flights involved the Boeing 737 Max 8 jet, passengers and airlines alike have voiced concerns over its safety. Though Boeing has maintained that the planes are safe, several countries have temporarily grounded the aircraft.

Which Countries Have Grounded The Boeing 737 Max?

Since the 737 Max is a fairly new model, there are only 350 of it in the world. About 54 different operators currently have at least one in their fleet. As of this writing, however, they or their governments have suspended the aircraft from flights.

So far, these countries are:

Ours hasn’t, but with good reason.

As I write this, the Civil Aviation Authority of the Philippines (CAAP) is not banning B737 Max 8 flights to and from the country.

“We cannot ground the use of a type of aircraft, unless requested by the ICAO (International Civil Aviation Organization),” CAAP spokesman Eric Apolonio was quoted saying last Tuesday.

Not that it matters much, to be honest. An unnamed local carrier is waiting for the delivery of their B737 Max 8, but neither Philippine Airlines nor Cebu Pacific currently have it. Air Asia Philippines doesn’t have it either, as budget carriers prefer Airbus models.

There we have it. Nothing to worry about here. Feel free to go ahead and take advantage of the lower PH airfares this month then, mate.