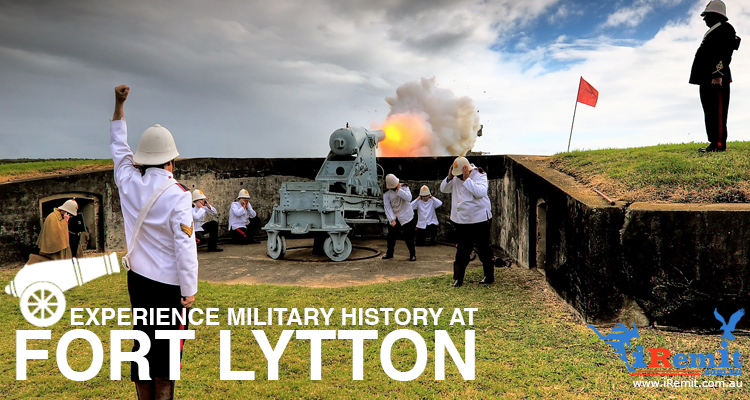 By Serena Estrella in Life in Australia
January 4, 2017

Have a Glimpse of Queensland’s Military History at Fort Lytton

Queensland is fairly littered with monuments that are a testament to Australia’s beginnings as a penal colony. There’s the Old Windmill, where many convicts were put to work grinding away corn with steel weights clamped to their legs, the Azkaban-like St. Helena Island, and many other tourist sites.

In today’s Discovering AU article, however, the focus is not on yet another prison or correctional facility, but rather on the country’s first line of defense against invaders who would make prisoners out of its citizens.

Fort Lytton is located in an eponymous Queensland suburb, about 13 kilometers northeast of Brisbane’s Central Business District. The fort was constructed anytime between 1880 and 1881 in order to protect the city and the port from naval attacks. Once the Australian colonies were recognized as a federation, ownership and control of Fort Lytton was officially transferred over to the Commonwealth. It was then operated as a military base until well after the Second World War.

Today, Fort Lytton is known as Queensland’s primary military exhibit. Its largest military museum is housed in the fort’s Historic Military Precinct. With a collection of over 2,000 items distributed throughout the fort’s five buildings, six gun pits, and several other open-air locations, any military aficionado can while away many a Sunday afternoon here.

The museum itself can be explored without a guide, but you’ll need one to gain access to two special locations, namely the submarine mining building and the black powder rooms.

The Fort Lytton Historical Association (FLHA) is the non-profit organization providing all the guided tours, which by many accounts, are highly interesting and informative. It is also in charge of the regular military re-enactments at the base, so you might get to see some of the cannons being put to use on your visit. (What a sight that would be, eh?)

Adjacent to Fort Lytton is the Lytton Quarantine Station. It was established a few decades after the military base and was used to accommodate both newly-arrived immigrants and other individuals suspected to be at risk of spreading infection among Queensland’s general population.

The station itself is only opened to the public during special occasions, but you can always take a walk within its perimeters. The Visitor and Information Centre, which also serves as the headquarters of the FLHA, is also nearby should you need assistance or if you’d like to buy a few snacks.

The Fort Lytton National Park is open every Sunday from 10 am to 4 pm, as well as on certain public holidays and a handful of special occasions. All guided tours along with museum admission are free of charge on these days, but donations to the FLHA are most welcome on regular visits since they help offset the organization’s expenses in maintaining the guided tours. Visits to the park on any other day can be arranged in advance, but a fee would apply.