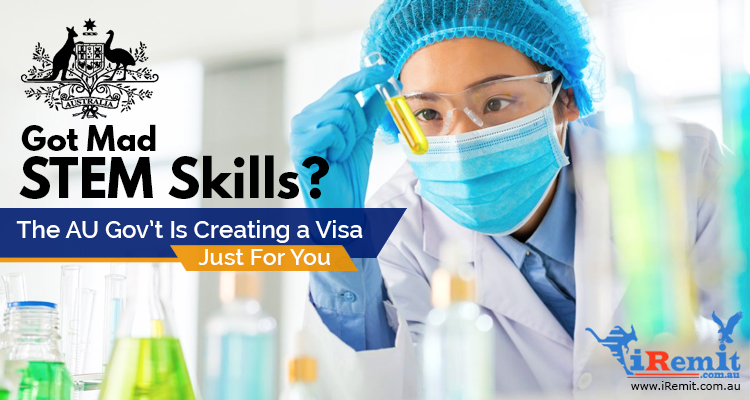 By Serena Estrella in Moving Down Under
March 21, 2018

Got Mad STEM Skills? The AU Gov’t Is Creating a Visa Just For You

STEM stands for Science, Technology, Engineering, and Mathematics, by the way. (Now you know.) On to the actual story….

It’s nearly been a year since Malcolm Turnbull announced that his government would be scrapping Visa 457, and the general confusion and consternation over it has yet to die down.

While it’s understandable that an “Australia First” policy would want to prioritize the country’s citizens for jobs, the move has brought about rumblings of discontent from various-sized businesses, who previously relied on the visa to bring in employees from abroad to address skill gaps in the market, and migrant workers on the said visa themselves (for obvious reasons).

The backlash has been felt as early as a month after Turnbull’s announcement, with many talented scientists from overseas turning down research positions in Australia. As there are currently a lot of world-class medical researchers making great contributions to the field, alarms were raised.

“In many cases, we find that those people who come here are so valuable that we want to keep them,” Tony Cunningham, President of the Association of Australian Medical Research Institutes, was quoted saying, “An example would be that of Ian Frazer who came from Scotland and invented the papilloma virus vaccine. We run the risk of people leaving us in the lurch in the middle of excellent funded research projects.”

When it takes more than a couple years to settle down into your research, you can’t exactly blame the world’s technical minds for looking elsewhere when your country’s visa options might curtail their future there, right?

Thus, the Turnbull administration has committed to creating a special visa designed specifically to attract “high-tech skills and talent” from different countries. This would allow companies to sponsor the said migrants for jobs that pay more than USD180,000.

Another visa that’s also in the pipeline, meanwhile, is meant to aid start-up companies seeking talent in highly-specialized STEM fields like biomedicine and agricultural technology.

The specifics for these new visa programs are still being drafted, but here’s what the Australian government has come up with so far:

Many start-ups are reportedly relieved by this most recent update as getting and retaining access to the best talent in the world has been their single biggest challenge. This became even more apparent after last year’s visa 457 changes eliminated the path to permanent residency for many jobs.

It is clear, however, that the government has their work cut out for them where the new visas are involved. Prioritizing Australians at all employment stages while offering incentives for foreign talent will require quite a bit of a balancing act indeed.