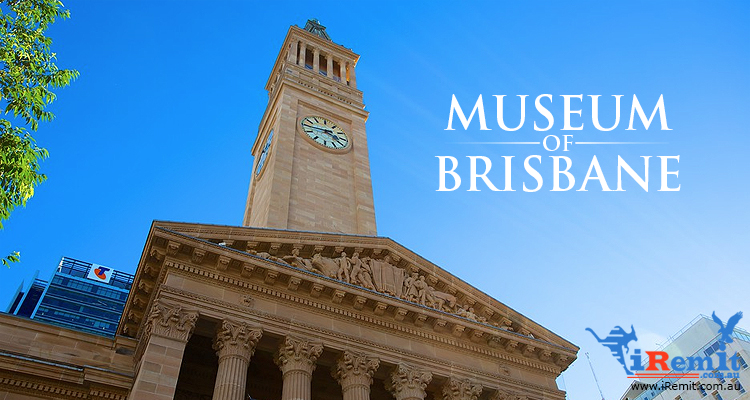 By Serena Estrella in Life in Australia
February 21, 2017

Go Back in Time at the Museum of Brisbane

Whether President Ferdinand Marcos should be buried in the Libingan ng mga Bayani (Heroes’ Cemetery) or not has resurfaced as a hot topic in the Philippines. President Duterte’s decision to allow such has resulted in an uproar over how history should be taught and remembered in our country. Regardless of which side you are on, it can’t be denied that the preservation of a nation’s history is crucial to its future.

The Museum of Brisbane is testament to how the city’s community places importance on cataloguing its milestones throughout the years. While it’s a relatively young territory, there are enough collections, exhibits, and tours in this place to give you a glimpse of its dynamic past:

The best way to get a feel for any city is through its people and its significant events. This museum exhibit allows you to do just that, and is a great starting point for the other attractions. Here, you will learn more about the forces that shaped the city into what it is today via the illustrated timeline that highlights key happenings in Brisbane’s history.

Clock towers seem to be a given for the city hall buildings of the world’s major cities. London has Big Ben, and heck, even Manila City Hall has a clock tower, so it’s only natural that Brisbane’s has its own, and boy, is it beautiful.

About 76 metres of sand-colored bricks lead all the way up to an observation deck that’s been around since the 1930’s, and this is supposedly the best platform from which to view the ever-changing cityscape. Hundreds of thousands of visitors have taken the charmingly old-fashioned, hand-operated lift to this height to enjoy the sights of Brisbane’s vista spread out before them.

Tours are held every fifteen minutes from 10:15 am to 4:45 pm on every day that the museum is open.

Brisbane’s City Hall is not only the default backdrop of civic, social, and political events, but the structure housing it also happens to be on the heritage listing. Being inside it is like being within Brisbane’s own heart, with so many corporate and community activities going on each day.

Tours from the Museum of Brisbane occur every hour daily from 10:30 am to 2:30 pm. A professional guide will take you around different parts of the building throughout the 45-minute tour, and if you’re lucky, you might get to see some rooms that aren’t usually open to the public (provided they’re not in use).

Of course, the real heart of any community is its people. This world-first was a collaboration between the Museum of Brisbane and the Berlin-based theatre company Rimini Protokoli. It features one hundred of the city’s residents and their individual testimonies about what it’s really like living here, especially through some of Brisbane’s most momentous occasions.

This landmark exhibition was also built to let you make your own contribution to it by telling your own story, enriching an already vibrant self-portrait of a lively city.

Like any museum, the Museum of Brisbane also has all sorts of intriguing rare artifacts and objects in a Cabinet of Curiosities for those tourists looking for something a bit more esoteric. Paintings, prints, and sculptures from the city’s most prolific artists, meanwhile, can be viewed by art aficionados in their own little nook.

The Museum of Brisbane is open everyday from 10 am to 5 pm, except for Good Friday Christmas, Boxing Day, and New Year’s Day. It is open from 1 pm to 5 pm on ANZAC Day.