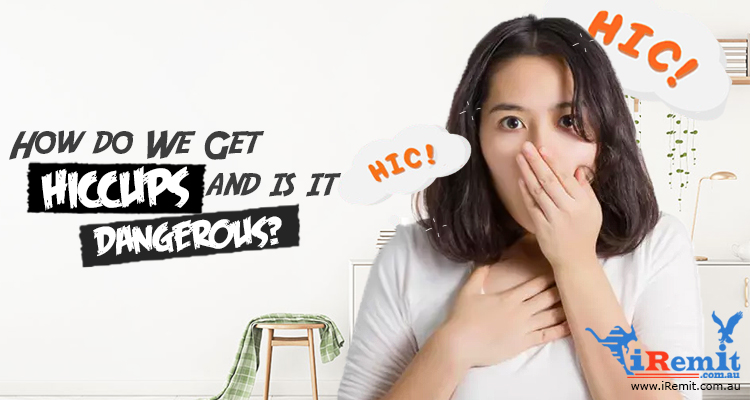 By Leandro Eclipse in Health and Fitness
June 11, 2018

How do We Get Hiccups and Is it Dangerous?

“Hiccup, Hiccup, Hiccup”. You are visited again by the bothersome hiccup, that annoying jumpy sounding airflow blowing out of you in rhythmic successions. It seems so random and harmless. But have you ever wondered why we get them or how it affects our bodies? For the fellow curious out there, here is what I found out.

In medical terms, Hiccups are known as “synchronous diaphragmatic flutter or singultues (SDF)”. As the name suggests, it happens when a sudden involuntary contraction of the diaphragm and the voice box (larynx) coincides with the total closure of the glottis. As a consequence, the rush of air from the lungs produces the “hic” sound we all know off.

In most cases, hiccups are just a minor discomfort. It may arise almost randomly. And it can span for just a few hiccups up to, in rare cases, a number of years (60 years for the world record!).  Medical News Today enumerated the lifestyle factors that may cause it:

Why Do We Hiccup in the First Place?

After scouring the Internet for answers, it’s surprising. We actually don’t know why we hiccup exactly. It doesn’t give any benefit or protection against anything, at least in our present time.

In the past, one theory states that it was a bodily mechanism that originated from our amphibian ancestors. Just like in tadpoles, they hiccup to safely transition from breathing underwater. The hiccupping is vital to push water from the gills and hold back water from getting into the lungs. Apparently, this mechanism might still be ingrained in our brains.

Another theory is rooted before we were born. It was said that it served a purpose when we were in our mom’s womb. Hiccups help us stop breathing to avoid getting in amniotic fluid. It may also be an early training mechanism for our respiratory muscles before we are finally born.

These are still theories though and we need further studies to validate them.

Pressing Questions: Is it Dangerous?

But regardless of the why question, the more pressing question arises. Is it dangerous? Well, we all had our days of hiccups and we emerged unscathed, right?

However, in some instances, hiccups can be a sign of a more deadly disease, especially if it runs for an extended period of time.

These chronic hiccups are linked to multiple medical conditions like stroke and gastrointestinal problems. It can even signify problems in the brain and damage in the structure of the diaphragm or chest wall. According to Medical News Today, such can be a sign or effect of diseases such as:

How Do We Get Rid of It?

So what do we do now? Do we cower in fear and count our remaining days? Calm down first! If you experience hiccupping longer than 48 hours, you should already consult a doctor. Prolonged hiccups might be a sign of a more dangerous problem.

But in most cases, it will eventually go away. Although not proven, you can try these techniques to cure the common hiccup.

Most likely, it’s just a simple thing. Not a big deal. It’s just good to know the facts. But generally, we can just move on with our lives. Cheers!